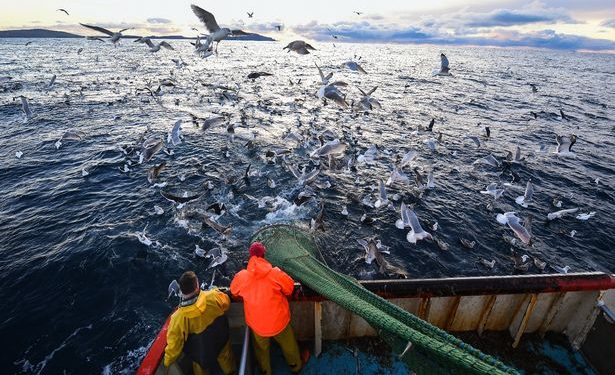 Britain has offered a three year transition period for the EU, allowing the bloc phased access to its fishing waters, revealed the Guardian Wednesday.

The offer would help affected European port cities and towns prepare for life without Britain as part of the Common EU waters zone.

Fisheries has been one of the key sticking points in negotiations as both parties have been struggling to come to a mutually satisfying trade agreement.

The details of the agreement were seen in a negotiation paper by the media outlet, ahead of another round of talks between officials this week.

“We have a long way to go but if the other problematic issues can be sorted, it doesn’t look like fisheries will stand in the way of an agreement”, said one senior EU diplomat to the Guardian.

The revelation comes as the UK has signed its first trade agreement on fisheries with Norway.

Simon Coveney, Ireland’s foreign minister, said there was still a long way to go but was optimistic about a trade deal.

“The obstacles are not insurmountable,” he said. “We should be able to get this deal done.”

The head of the National Federation of Fishermen’s Organisations, Barrie Deas, warned of giving up fishing rights for the sake of a trade deal.

“There is no expectation within the UK fishing industry that the UK will back down on fisheries,” he said.

“If anything, the commitments that have been made to the industry are stronger now than when the negotiations started”.

The UK wants a system of “zonal attachment” with quotas agreed each year for its fishing fleets as British anglers say they are underserved by the current arrangements, which has relied on a 1970s baseline.

The EU worries that upsetting the starus quo might impact on their own catches.

The three-year transition offer is part of five new draft negotiating documents from the government. The text on fisheries was included in a paper titled the “level playing field”. The other documents cover law enforcement and judicial cooperation, civil nuclear cooperation and social security coordination.