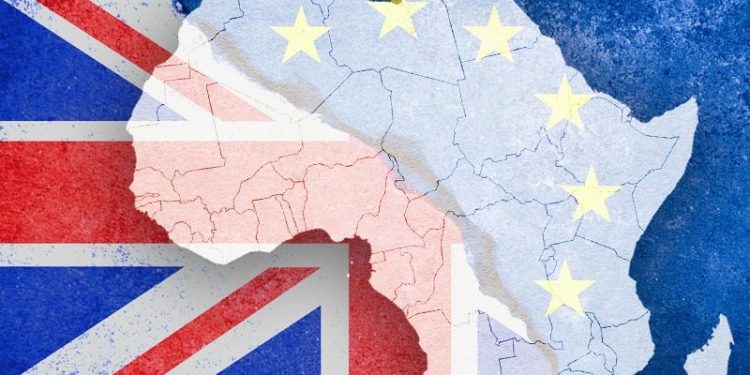 London (Brussels Morning) As Brexit is fast approaching, Britain is looking to Africa for investment opportunities, potentially stepping on China’s already looming footprint in the region.

The Politico report outlined the UK’s interests, most significantly represented by a road infrastructure project in Benin worth £100 million (€110.1 million).

China has already provided $683 million (€576.1 million) of loans to Benin over 18 years, according to the China Africa Research Initiative and $148 billion developmental work across the continent over the same period as part of its Belt and Road initiative, making it an unrivaled investor in the region.

It also provides business for Chinese firms and builds the country’s soft power in the region but British Tories like MP Tom Tugendhat, chair of the House of Commons foreign affairs committee, thinks the UK is a more attractive partner. Tugendhat has pointed to the small print attached to Chinese investment deals even though the upfront conditions tend to be fairly light touch compared to western loan agreements.

Its projects have also brought on incursions, including corruption, environmental breaches and abuse of workers.

Human Rights Watch has documented the flouting of labour laws in Zambia’s copper mines, for instance.

In June 2020, Kenya’s Nairobi Court of Appeal ruled the engagement of China Road and Bridge Corporation (CRBC) as the contractor for a Mombassa railway project violated Kenya’s constitution and Public Procurement and Disposal Act by trapping the country into debt and jeopardising its sovereignty to China.

UK Prime Minister Boris Johnson has also used challenging rhetoric, calling Britain a “reliable” partner at a UK-Africa summit earlier in the year, pointing out the $53 million British investment to help build a port in Mombassa was not “arranged on extraordinarily one-sided terms and delivered by a vast imported workforce”.

China denies these allegations saying its arrangements are win-win.

Some commentators have said China wouldn’t be happy at Britain undercutting its dominant position in Africa, although China maintains it is open to competition supporting peace and development in Africa.

Britain’s return on the project will be the use of British resources and the development of its soft power. There is also hope it will build on the million-pound export bill to Benin.

The project is also significant as Brexit looms near, showing the UK can export to anywhere in the world, according to the Minister for Exports Graham Stuart.

Benin has welcomed both the British and Chinese as investment partners, believing more competition highlights the country’s credibility and attractiveness when it comes to business.

UK officials also say the Benin road project was not pursued with its relations with China in mind, while its ally the US has openly declared its intention to use Africa to combat with China commercially.

Economically, the UK might be hard pushed to match what China has achieved so far on the continent, but the future of its investments could gain an edge with strongly regulated agreements with no hidden catches.