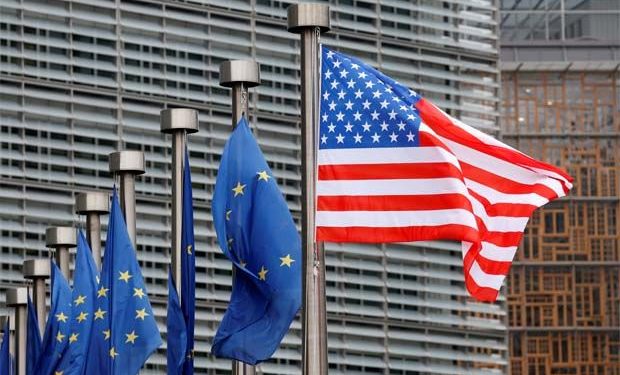 (London – Brussels morning) Britain has been caught between a growing dispute over forthcoming tariffs on the US by the EU in response to a subsidy for Boeing, according to Reuters.

The World Trade Organisation (WTO) is expected to rule in favour of Europe, opening the door to tariffs on goods worth $4 billion a year.

The US has already applied its own toll on European goods to the tune of $7.5 billion (€6.4 billion) because of the state aid the EU granted to Airbus.

The dispute, which dates back 16 years, places Britain in a difficult position, as it hosts Airbus manufacturing operations, which employs thousands of people.

Britain has typically backed Airbus in the dispute, but the decision comes at a precarious moment for the nation on the brink of leaving the EU and its trading benefits. It is thus scampering to forge beneficial deals with other parties, including the US.

Europe’s response, therefore, is to come at an inopportune time as negotiations between the Washington and London ramp up.

Delays, according to analysts, might help protect the two powers’ relationship but dampen links with Airbus and other European nations involved in the dispute, including France and Germany, as well as the 27-member coalition.

While tensions between Brussels and London have already reached a high point as a crucial Brexit deadline looms near, it could hinder trade negotiations just as the EU and UK are almost at the make-or-break phase.

The US would see tariffs as an aggressive move, says Reuters sources, while there is increasing pressure on Britain to respond, especially from businesses hit hard by US tariffs.

One way out has been to stay in line with the EU and Airbus and impose tariffs while using it as a negotiating point in future US negotiations.

There is a slim window for that approach. So far, Britain has indicated it is behind Airbus but is unlikely to act until after the presidential election on 3 November.

Britain’s position is further complicated due to its transitioning position. While it might face tariffs as a result of the dispute, it can not impose counter-tariffs because the dispute is between the US and the EU.