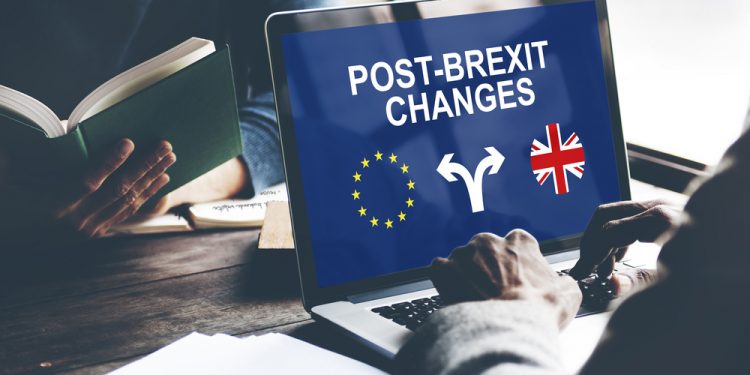 London (Brussels Morning) Amid the scramble to approve the text of the post-Brexit trade agreement, some are questioning what it means for the future of financial services.

Before Brexit, the City of London was the dominant hub for financial services in Europe and had an export value of 79 billion pounds sterling in 2019.

The text of the UK-EU Trade and Cooperation Agreement (TCA) itself does not clarify what exactly it means for financial services as this very much depends on ensuing equivalence decisions to take place in the coming months. The EU has already granted temporary equivalence rights to British clearinghouses for euros.

“This will provide many UK service suppliers with legal guarantees that they will not face barriers to trade when selling into the EU and will support the mobility of UK professionals who will continue to do business across the EU”, it reads in relation to future equivalency decisions.

The UK’s finance minister Rishi Sunak has said that leaving the EU means “we can do things a bit differently (in financial services)”, speaking to UK media.

“But this deal also provides reassurance because there’s a stable regulatory co-operative framework mentioned in the deal, which I think will give people that reassurance that we will remain in close dialogue with our European partners when it comes to things like equivalence decisions”.

Sunak’s comments may have provided some appeasement after UK Prime Minister Boris Johnson told the Sunday Telegraph that the deal fell short of what was hoped for financial services.

“We won’t be able to send audit partners who hold UK audit qualifications to sign audit reports overseas anymore, which means the quality of audits will be that little bit lower if the best person who could have given that audit opinion is a Brit”, said Sally Jones, Brexit lead for the firm.

Johnson also told the weekend paper that the UK could set up free ports or low-tax trade zones to boost economic growth, although some say these aid tax evasion.

Some bodies also warn that equivalence does not cover a full range of financial services, including core banking services like lending, payments and taking deposits, and equivalence decisions can be withdrawn with 30 days’ notice.

There is a sense of urgency for many players in the sector to see equivalency rights sooner rather than later.

The International Swaps and Derivatives Association has urged the bloc to grant equivalence for UK derivatives trading venues after an announcement late November that London-based derivatives traders at EU banks would face disruption after Brexit.

Already, Britain’s exit from the EU — a decision reached in 2016 but that officially started on 31 January 2020 — has upended the financial services sector in the UK, with the relocation of over a trillion pounds in assets to EU cities from the UK, in addition to 7,500 jobs. Tens of firms have restructuring plans in the pipeline for more euro-centric resourcing.

Bob Wigley, chair of trade association UK Finance said, “It will be important to build on the foundations of this trade deal by strengthening arrangements for future trade in financial services”, in a statement after the trade deal was announced.

“This can be achieved by building on the longstanding regulatory dialogue and supervisory cooperation between UK and EU authorities and reaching agreements on all appropriate equivalence determinations as soon as possible”.

“We hope it can lay the foundations for a collaborative future partnership”.

The UK could now adopt two possible ways forward. The first is aligning with EU rules to continue seamless business with the 27-member-state union. The second is to diverge and change regulations for more global services trade.