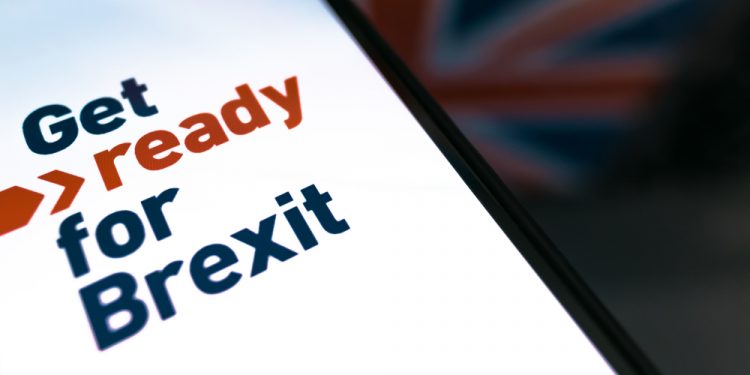 Rostov-on-Don / RUSSIA - January 25 2020: smartphone with text Get ready for Brexit on the background of the British flag

Brussels (Brussels Morning) Brexit is to trigger the largest share trading reshuffle in Europe in more than 20 years as stock exchanges open next year, Reuters reports.

While investors hope the transition of euro denominated assets out of the UK will be smooth thanks to years of preparations, the long-term effects of Brexit remain unclear.

The trade deal reached last week regulates sectors like agriculture and fishing, but does not cover the UK’s finance sector, which means Britain’s automatic access to the bloc’s financial markets ends on Thursday, 31 December. The coming days should show the initial effects, with EU and UK regulators to keeping an eye out for market dislocations on the first trading day of 2021, 4 January.

As the EU aims to reduce its reliance on the City of London for financial services and to switch euro-based trading to financial centres in the bloc, the move will split financial markets into two trading pools, which could result in less competitive prices for investors.

Alasdair Haynes, CEO of London-based Aquis Exchange share trading platform, cited the magnitude of the coming event. “This is literally everything moves on a specific day and we have got to pray to God that we don’t have some extraordinary event happen in the market that creates high volumes,” he observed.

“It’s not the start of the end of London, but it’s pretty bloody embarrassing and a huge own goal for Britain,” Haynes concluded.

Acquis, Cboe, Goldman Sachs and others expect trading to shift gradually from London to trading hubs in the EU.

Besides shares, the trade in derivatives in London could be disrupted, according to the Bank of England. It notes that trade in interest rate swaps worth about US$ 200 billion could suffer as banks in the UK and the EU have to trade inside their respective jurisdictions.

British Financial Conduct Authority head Nikhil Rathi said he expects “there will be some particular disruption given the scale of change, but overall we are satisfied there has been good proactive management of the risks across the system.”