Brexit talks come to a halt 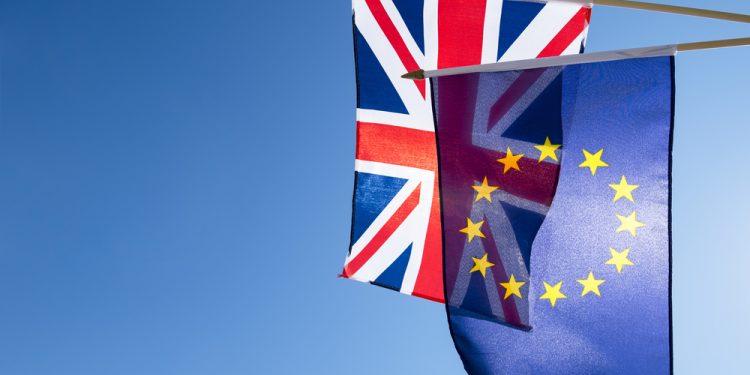 Brussels (Brussels Morning) After intense negotiations in Brussels on Monday and a one-and-a-half-hour phone call between Commission President von der Leyen and UK Prime Minister Johnson, talks on the post-Brexit trade deal came to a halt only to be resumed later in the week.

The same key issues remain the most difficult to solve with differences so significant that it will require political decisions with EU leaders to agree on a continuation.

Most issues pertaining to the post-Brexit agreement with the UK have been sorted out in the course of the talks that began in March. However, the same issues that have been the focus over the last few months remain —  governance, achieving a level playing field for the single market and fisheries.

The talks are now gearing up towards a political showdown at the EU leaders’ summit this week on Thursday and Friday in Brussels.

It remains unclear as to when the exact and final deadline is, alhough most EU member governments would wish for there to be something tangible to table for Thursday’s discussions.The transition period closes at the end of this year. Should the differences persist and prove insurmountable, then a no deal Brexit would be a reality from 1 January.

Regarding fisheries, the question that remains is how many European vessels should be allowed in UK waters. Regarding the level playing field, the discussion is about the social and environmental standards and state aid rules that are required for trading in the EU’s single market on the same terms as an EU member state.

The governance matters pertain to the mechanism for overseeing the future EU-UK trade deal and how to react if either party challenges those rules, for example by allocating state aid to industry when it is ruled  out by the treaty or by allowing social or environmental dumping that affects conditions for the trade in goods or services.

Last-minute alignments are to be expected as in any political agreement. Things could still fall into place but the timeline is uncertain with French politicians hinting at talks possibly being extended into next year. Even though France’s President Emmanuel Macron has been portrayed in British media as being a hardliner opposing an agreement at this stage, with German Chancellor Merkel being seen as more conciliatory and willing for a deal, reportedly no such clearcut divide exists between EU countries in terms of the progress of Brexit deal talks.

On fisheries, President Macron has the support of other coastal nations, among them Spain and Denmark, in being insistent about access to British waters. With Germany more willing to make concessions, there are still no serious splits but EU unity may be fraying a bit at the edges.

France has previously threatened to veto a prospective deal if it is not in its interests, but the French government supports the Commission’s negotiating team under Michel Barnier and is in favour of strengthening the EU’s single market.

Talks at an impasse

With talks at an impasse, many trade negotiators wonder what the point is of going over the issues and positions yet again. To break the deadlock will take a show of political will on both sides and would entail difficult compromises that are essentially political choices.

If it comes down to a no deal scenario, there would be both border checks and tariffs from next year onwards. To avoid such an outcome, both sides prefer a deal but not one at any cost.

In UK politics, the question of sovereignty, of not being tied to EU rules, was a leading argument in PM Johnson’s Leave campaign and a reason to oppose being governed by a treaty under which issues would be referred to the European Court of Justice.

On the other hand, powerful vested EU business interests will not agree to the threat of being undercut on the single market by British firms not governed by the same rules and requirements as the EU rulebook, which Johnson refuses.

UK Tory MPs are in opposition to the UK abiding by Brussels rules, as the perception of regaining sovereignty is crucial for the Brexiteers. Prime Minister Boris Johnson is expected to meet with EU leaders on Thursday or Friday in Brussels but it is unclear whether he really would be prepared to put an end to the negotiations.

Nonetheless, Johnson has already signalled he will retreat on the issue of the UK’s Internal Market Bill, which is an obstacle to the agreement with the EU.