‘Brexit is closing off opportunities for the self employed’ 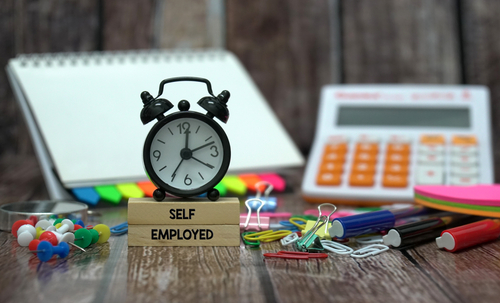 For the self-employed, Brexit has left a lot of uncertainty around cross-border services. Brussels Morning’s Round the Bloc column asks one couple about how they’re navigating the new arrangements.

London (Brussels Morning) When Nikki Kopelman embarked on her self-employment journey, access to EU markets widened the net. But the lack of clarity in the run up to the final trade deal and ever since has left Kopelman and her husband James Bore with a cloud of uncertainty looming over them. Negotiations, they say, could have been handled better and the final text more coherent; it’s the UK that will lose out now.

Nikki Kopelman. I work as a translator, having had a knack for languages at school and a passion for Japanese I went on to study it with French to then eventually work with clients of all sizes, translating texts into English. A lot of those clients came from the EU.

Leaving the bloc has had an impact on my work, naturally, and I’ve noticed less work coming in for translation into English with demand now being out of English. It’s hard to be sure why, but perhaps it’s because headquarters are moving out of the UK.

There are still a lot of questions over services and translation as a service and at the back of my mind there’s the worry that a lot of extra charges will come creeping up on. For instance, will banks simply increase certain rates just because they can?

I also have to think really carefully about how I present myself. The worry is some patrons will be scared off, misunderstanding the tax arrangements or just perceiving it to be more complicated to be entangled with a UK supplier because of Brexit. And that’s all before getting to the GDPR question. Right now, there are a lot of unanswered concerns about where individual translators — as sole traders and self-employed — stand with regards the privacy and data protection guidelines. To date, government guidance is only tailored to enterprises.

And I know James has had a lot of similar problems.

James Bore. As a cyber security consultant, a lot of my clients have had queries over GDPR — the fear of what would happen hit people quite hard.

Only through my own research have I been able to find answers and the clarity over what broad rules mean in practical terms. Any kind of guidance is targeted toward big corporations, and for independent and small businesses there is almost nothing.

With the bureaucracy the changes have meant I have seen some of my larger clients move their data storage out of the country as well as other key functions of their operations. The income and taxes they would ordinarily be bringing into the UK will, therefore, be lost.

I took the leap into consultancy last year in September, but as they were negotiating parts of the deal, I made sure I had my bases covered such as with doing international payments.

We’re also looking into setting up an Estonian e-company, which would allow us to create an entity that would be EU based, to make the business side of things easier.

If I was doing anything other than pure services and consultancy, and was say importing and exporting goods, the picture would look a lot worse.

How this will all pan out depends on whether an adequacy position is reached in the next couple of months regarding GDPR. Otherwise, a lot of businesses will run headfirst into a brick wall with their data exchanges.

NK. On a personal level, I’m feeling that everything in Britain is very divided now. People have become so political and you don’t know if the person you’re speaking to will suddenly come out with something jaw-dropping you wholeheartedly disagree with.

There are even one or two people we don’t speak to anymore because it was just too painful. It’s just so sad it has all been thrown away and there was pretty much nothing you could do about it. Millions of people marched, and no-one listened, no concessions were made. This mad agenda has been pushed forward for people who seemed to want to leave for the sake of it. I’m not sure who has benefitted.

A lot of us translators have been brought together a bit more, even though it’s a bit of a solitary trade, just to exchange advice. Groups have formed on social media with people from all over Europe, which have really become support networks. Much more so than the politicians who I thought would at least muster some answers or reassurances. The media is a mixed bag too and I’ve tried to piece together information from global outlets like in France where I know they’ll have a different perspective.

JB. Like Nikki I’ve found support from like-minded security professionals and I was lucky enough to have friends that knew about the legal position. But all my information came from informal networks rather than any official support.

I wrote to my MP a few times but quite frankly I’m exhausted with politics and there is no one out there who represents me. There are some aspects of the whole process that could be covered better in the media as well.

Before the pandemic we were thinking of moving. We are still looking at those options, but now it would be more permanent as we can’t just rock up in Belgium for a few months anymore with the ease we could before. If we move, it would be to a state that welcomes those seeking the digital nomad life.

NK. We didn’t want to leave the EU, and we still want to be good neighbours. We hope that we — the UK — can come back some day.