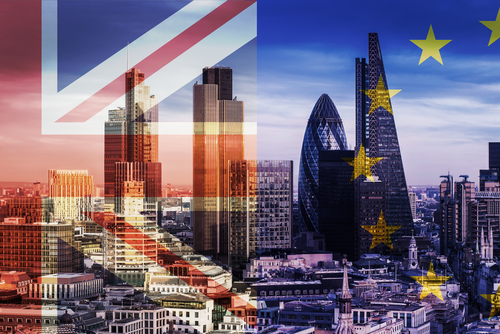 Brussels (Brussels Morning) More than 400 financial companies have moved their activities, staff and assets away from Britain and into the EU’s financial hubs as a consequence of Brexit. According to a study by the New Financial think tank, the figures are already worse than expected, and the migration is only beginning, Reuters reported.

Since the last-minute Brexit agreement between London and Brussels provided little in the way of direct market for financial services, numerous banks, insurers and asset managers have been forced to relocate some or all of their operations to the EU in order to continue doing business with the world’s second largest economy.

Given that access “is unlikely to be forthcoming”, the study’s authors stated, “it is perhaps better for the industry to take the damage from Brexit on the chin and focus instead on recalibrating the framework in the UK so that it is more tailored to the unique nature of the UK financial services industry”.

The New Financial study recorded some 440 relocations, though the authors believe the figure is an underestimate and that the real number is likely to be well above 500. Just the cases listed account for a loss of some 7,400 jobs in the UK, which have been moved to the EU. Meanwhile many companies are delaying their moves solely because of coronavirus pandemic travel restrictions.

Out of the 440 relocations, most have had Dublin as their destination, making the Irish capital the current winner of the Brexit financial migration. Some 102 relocations were to Paris, 95 to Luxembourg, 63 to Frankfurt and 48 to Amsterdam.

The study claims banks have already moved some 900 billion pounds from Britain to EU hubs, while insurers and asset managers have moved an additional 100 billion pounds in assets and funds, in a serious hit to the UK tax base.
The first sign of the Brexit impact on the UK financial sector came in January, as Amsterdam took the lead over London as Europe’s largest share trading centre. “We expect Frankfurt will be the ‘winner’ in terms of assets in the longer-term, and that Paris will ultimately be the biggest beneficiary in terms of jobs”, the study said.