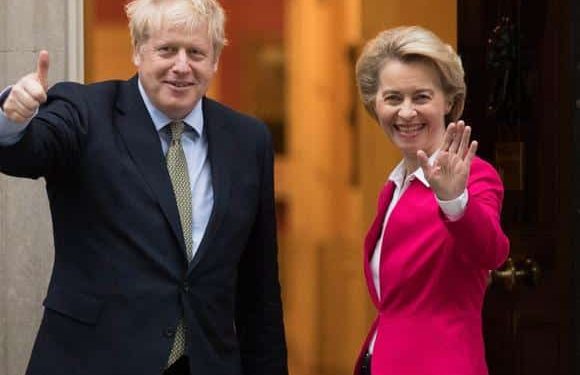 London (Brussels Morning) Disappointment and frustrations were expressed by both EU leaders and the UK prime minister ahead of crunch talks this week.

EU leaders are expected to agree to extend negotiations with Britain to try and resolve the remaining issues blocking the way for a trade deal.

Among the main sticking points are fishing rights, with France holding its ground over maintaining current quotas while Britain wants to reel in a bigger catch for its fishermen.

State aid rules have also caused contention with Britain wanting the freedom to provide subsidies without EU approval, but the EU wants the same rules to apply to each partner. The way forward on dispute resolution mechanisms have also not been resolved.

Less than three months before Britain officially leaves the bloc’s shared trading platform, the lack of certainty has impacted markets. UK prime minister Boris Johnson has set 15 October as the deadline for ascertaining whether a deal could be achieved.

“The European Council invites the Unionʼs chief negotiator to continue negotiations in the coming weeks and calls on the UK to make the necessary moves to make an agreement possible”, read a draft of the EU summit conclusions.

In reality, European sources have said the EU is not prepared to get up from the negotiating table first and will continue talks until mid-November. However, some time is needed before the end of the year so the European Parliament can ratify the deal and that Britain can also assure businesses of what is ahead.

In a call between Johnson, European Commission president Ursula von der Leyen and European Council President Charles Michel, Britain was urged to move in negotiations. A spokesperson for No 10 said the prime minister told von der Leyen and Michel of his “disappointment” at recent progress.

“The EU is working on a deal, but not at any price.”