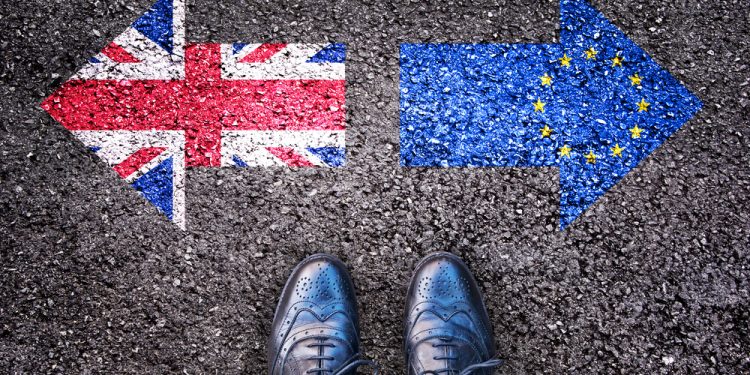 Brexit, flags of the United Kingdom and the European Union on asphalt road with legs

London (Brussels Morning) As the deadline for reaching a trade deal nears, parties indicate that talks may have had a setback, failing to agree on key terms.

France, in particular, has expressed that it could veto a deal if it did not like what came back from London.

Clément Beaune, the minister for Europe and Foreign Affairs, has said, “This risk exists. We mustn’t hide it because there are businesses, our fishermen, citizens who need to know and so we must prepare for a risk of no deal. That’s to say on 31 December there will be no more free circulation, and free access to the UK market and vice versa”.

Beune added that it was not what they wanted, with Michel Barnier still in London pursuing negotiations.

“I think it’s also the case for our partners that if there were a deal that isn’t good, which in our evaluation doesn’t correspond to those interests, we will oppose it”, said Beune.

Any deal will need ratification from all 27 member states and not just the European Commission.

However, some conflicting messages have emerged from Brussels.

“We don’t see any breakdown or real trouble beyond the already slow grind of this negotiation”, said one EU source to Reuters.

Any agreement must be ratified before the end of the transition period on 31 December, but reports suggest that talks would need to have made real progress by the end of the weekend.

Business Secretary Alok Sharma told the BBC that talks were “in a difficult phase”.

Next week is set to put further strain on a deal as the controversial Internal Market Bill, which in effect overrides the Withdrawal Agreement, will return to the lower chamber of the UK parliament. This will be followed by a debate on Wednesday on a new tax bill that will convey similar powers on ministers to override parts of the treaty around customs and value added tax.