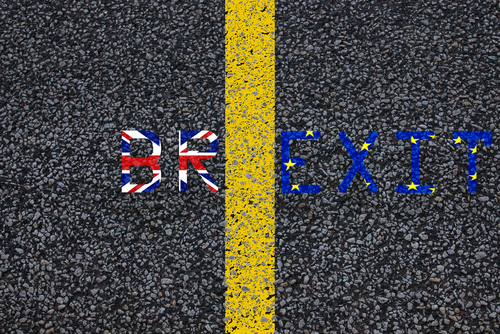 Brussels (Brussels Morning) Changes resulting from Brexit imply choppy waters ahead for trade across the English Channel. Glitches in information systems should be solved in the coming months, when documents required for customs clearance have been adapted.

Since the Christmas Eve EU-UK trade agreement, the EU chief Brexit negotiator Michel Barnier has been reassigned to the role of adviser on the application of the agreement. The Commission has set up a special service, the so-called UK Service, to monitor implementation of the agreement in association with the administrative secretariat in Brussels.

The new Partnership Council with the UK will be supervised by the new service as well. The mandate and duration of the newly created service will depend on the ratification process of the EU-UK agreement.

“Brexit is certainly not over”, says Georgina Wright, researcher with the French Institut Montaigne, when approached by Brussels Morning.

She believes that concluding the deal within 11 months was a remarkable achievement. “Trade negotiations normally take up to seven years”, she points out. “It was not a foregone conclusion that there would be a deal.”

Still, there were some shortcomings.

Full implementation of the EU-UK deal will follow only in April, pending the end of the grace period the EU granted  for this to be accomplished. “This is still an agreement and it will not be renegotiated”, Wright says.

“There are still talks within specialised working groups, but those are not negotiations”, Wright continues. “Possibly they will result in trying to reduce the administrative burden and the paperwork”, she acknowledges.

The problem with meeting the requirements for implementation was the short timeframe. So far, the rules have proved complex and bewildering for many small importers of e.g. British produce on the European continent.

“There was no time to prepare, although the British government said the EU would be trading on different terms from the new year. Small businesses did not have any preparations in place and many changes only became clear later on, as guidance was given just before Brexit came into force”, Wright says. “Many businesses didn’t have time to adapt, so many paused all exports to the EU or vice versa, because of the confusion in the supply chains.”

Wright warns that we have not seen all the trade disruptions yet, since some impediments may only emerge by summer.

“There will be monitoring of this agreement on both sides”, she says. “They will be trying to resolve any disputes in the joint Partnership Council.”

Media have made a meal of the checks that have been carried out on the ingredients of truck drivers’ sandwiches, all due to the ban forbidding travellers from bringing meat into EU territory without first stating it in customs declarations when entering the trade bloc. The EU’s rules of origin have caused confusion, given that tariff-free exports to the EU require that a certain minimum content process in the UK must apply.

“This is all life after Brexit, we will see how this will this work”, Wright concludes.