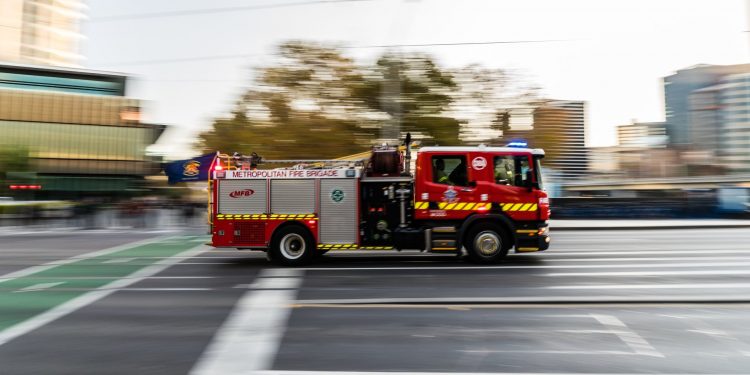 A child has died in a fire at a Melbourne public housing building.

Emergency services attended the apartment block at the intersection of Clauscen and Nicholson streets in North Fitzroy about 12.30pm on Saturday.

Firefighters found the boy underneath a bed, carried him outside and to a waiting ambulance where he received emergency CPR en route to hospital. He died shortly after arriving.

Fire crews arrived on scene within four minutes and entered the building to search for the child wearing breathing apparatus.

All other residents from 12 other units were evacuated safely, including a man rescued from a window ledge using a nine-metre ladder.

They were alerted to the blaze after multiple triple zero callers described thick smoke coming from the top floor.

The fire was declared under control after 20 minutes of the first truck arriving.

The Victorian premier, Daniel Andrews, said his heart goes out to the child’s family in the wake of the tragedy.

“As a parent, I cannot imagine the pain being felt in Fitzroy North tonight,” he tweeted.

A crime scene has been established and police are investigating the fire.