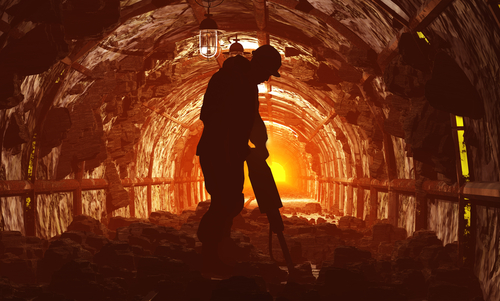 Brussels (Brussels Morning) Thousands of miners working at seven coal mines in Bosnia and Herzegovina stopped work on Tuesday in protest against government plans to slash miners’ pay and tie it to output figures.

Several thousand miners were driven by bus from across the country to Sarajevo, the capital, where they held a protest in front of the government building, demanding that officials from the government and the state-run utility company Elektroprivreda BiH (EPBiH) come out and address them.

The EPBiH owns and manages the seven coal mines within the Bosniak-Croat Federation of Bosnia-Herzegovina, one of the country’s two political entities, and is in turn owned by the Federation.

The Federation government previously made plans to restructure the heavily-indebted coal mines and cut the number of employees to 5,200 from the current 7,200, as part of long-term plans to gradually shift away from the use of coal in power generation. The restructuring plan, which included early retirement of 419 miners this year, was greenlit by the miners’ union in May.

Union president Sinan Husić told Reuters that the government has now betrayed the miners by imposing new working regulations, which the unions believe violate the collective bargaining agreement, and have slashed the basic pay for workers from 850 Bosnian marka to 570 marka (around 290 euro).

In the Sarajevo protest, miners, chanting “thieves, thieves,” demanded that government officials come to talk to them. When Federation Energy Minister Nermin Džindić attempted to address the protesters, surrounded by special police, his words were drowned out by boos and he quickly left.

Saying the union rejects the EPBiH’s “fascist labour regulations”, Husić called on company executives to “mine themselves as much as they need for that pay”, and announced that production in the mines will not restart until a satisfactory agreement is reached.