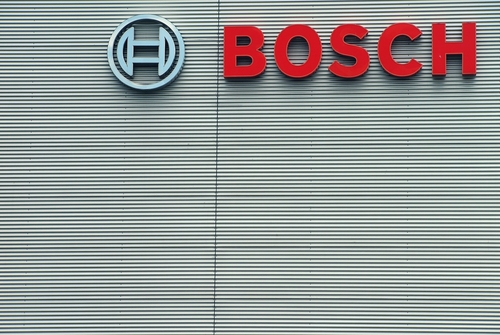 Brussels (Brussels Morning) The German industrial conglomerate Bosch opened its first semiconductor plant in Dresden this week, taking the lead as the EU seeks to reduce its reliance on foreign semiconductor manufacturers for its industrial needs.

Bosch’s chip fabrication plant, also called a ‘fab’, represents a 1 billion euro investment, the largest in the company’s history. Once production gets started, the leading automotive parts supplier will alleviate some of the bottlenecks currently throttling the German industry.

The plant’s completion at this time is a fortuitous development for Bosch, insofar as construction was initiated well before the global semiconductor shortage took hold. It was designed to process 300-millimetre silicon wafers, a significant step-up from Bosch’s existing 200-millimetre capacity set-up in the nearby Reutlingen factory. Larger wafers mean better economy of scale, as more chips can be produced per wafer.

Bosch’s executive vice president of automotive electronics, Jens Fabrowski, told TechCrunch that the decision to build the plant was driven purely by technology. “It was clear we needed to go into 300, and we needed to invest in some more capacity”,  Fabrowski.said

Speaking at the plant’s opening ceremony on Monday, Germany’s Chancellor Angela Merkel said it was vital to strengthen resilience against external supply disruptions, given that semiconductor shortages are hampering Germany’s economic recovery. “We aren’t in pole position, we have to catch up”, she said. “We must be ambitious. Our competitors around the world aren’t sleeping”.

The fab will start out by producing Application-Specific Integrated Circuits (ASICs), which are designed primarily to handle single tasks such as triggering a car’s airbag or automatic braking system.

Production of chips for Bosch’s line of power tools is scheduled to begin in July, and automotive chips will follow in September. The fab will not, however, be producing microcontrollers in the near future, the key missing component that is currently holding back the global car industry.

Bosch’s investment will likely benefit from the EU investment scheme since the company has already applied for a 200-million euro subsidy from the German Federal Government, which is to be approved once all the costs have been formally presented.
“The state-of-the-art technology in Bosch’s new semiconductor factory in Dresden shows what outstanding results can be achieved when industry and government join forces”, observed European Commission vice president Margrethe Vestager.