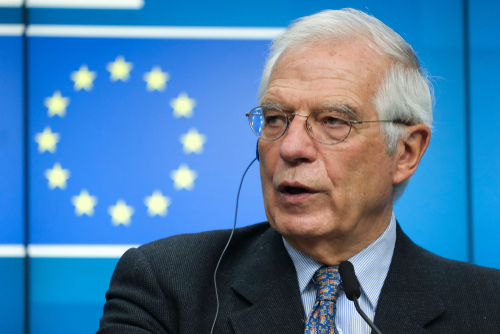 According to Borrell’s press release, he and his guests held an “open and frank” discussion over dinner about “the future of the region and the main challenges it is facing”.

“High Representative Borrell and Western Balkan leaders had a joint strategic review of ways to accelerate reforms to meet citizens’ expectations of the EU integration”, the press release stated. “They agreed that the integration of the Western Balkans into the EU is a key strategic goal that is in the common interest of both the EU and the region”.

With most of the EU facing so-called enlargement fatigue, the accession process for candidate countries such as Serbia, Montenegro, Northern Macedonia and Albania is proceeding slowly, and is a potential source of frustration for citizens in applicant countries that may yet diminish their support for accession.

Despite their avowed aim of joining the EU, all six countries face a number of serious obstacles and complex challenges that look unlikely to be resolved in the near future.

Kosovo remains unrecognised by several EU states, with Serbia’s accession likely to be tied to resolution of the decade-long sovereignty dispute with Priština. Northern Macedonian accession is facing opposition from nationalist elements in neighbouring Greece and Bulgaria. Montenegro and Albania have serious work ahead on judiciary and fundamental rights issues. Bosnia and Herzegovina remains politically unstable as it continues to grapple with the 1995 Dayton Agreement-defined structure that split the country along ethnic lines.