by BrusselsMorning
in Features 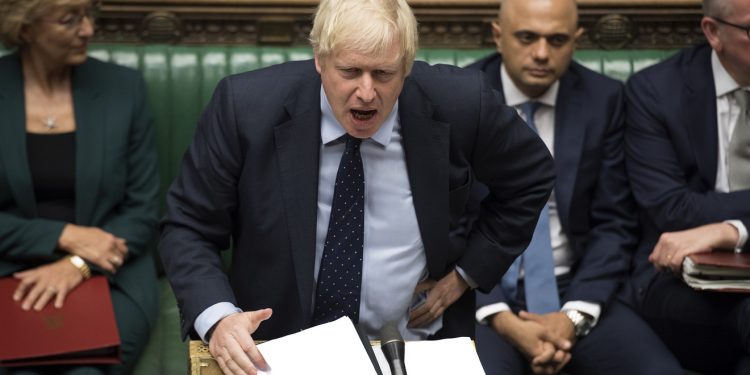 Following hints that it would infringe on the Withdrawal Agreement around Northern Ireland, the draft bill released Wednesday presented clauses potentially negating the agreement, which could negatively impact discussions taking place in Westminster between lead Brexit negotiators David Frost and Michel Barnier.

The European Commission as a result is taking steps to allow the UK to respond to its concerns.

The government have called the measures a “safety net” to ensure Britain can deliver on its commitments to Northern Ireland.

Provisions in the draft bill include the ability to provide subsidies to British companies providing goods to Northern Ireland.

“Specifically these provisions within the UKIM bill will ensure that businesses based in Northern Ireland have true ‘unfettered access’ to the rest of the United Kingdom, without paperwork and ensure that there is no legal confusion about the fact that, while Northern Ireland will remain subject to the EU’s state aid regime for the duration of the protocol, GB will not be subject to EU rules in this area.”

Some in Europe believe Johnson is deliberately showing willingness for a “no deal” to negotiate better terms.

“There’s a game of bluff going on,” said French trade minister, Franck Riester, “We’ll try to stay calm and serene but firmly behind the line of the EU27”.

Elsewhere, Democratic Presidential candidate Joe Biden, an Irish American, said any move should be careful not to infringe on peace in the region and the Good Friday Agreement, suggesting it would jeopardize any future US-UK trade deal.

The Scottish and Welsh governments also derided internal market plans, Scottish First Minister Nicola Sturgeon calling them a “full frontal assault on devolution” as it would undermine the power of Scotland’s parliament.

First Minister of Northern Ireland Arlene Foster meanwhile said the DUP, which is in a coalition government with Johnson’s Conservative Party, would try and change the Withdrawal Agreement’s NI protocol to ensure free access to the UK market.

“It’s important that we have unfettered access and that we have a UK market that we can operate in without any discrimination and make sure our wonderful firms are able to continue to work,” she said.

Concerns, however, were raised from the Republic of Ireland. “Northern Ireland is too fragile and too important to be used as a pawn,” said Simon Covneney, Minister of Foreign Affairs, “I would caution anyone who is thinking about playing politics with Northern Ireland on Brexit.”