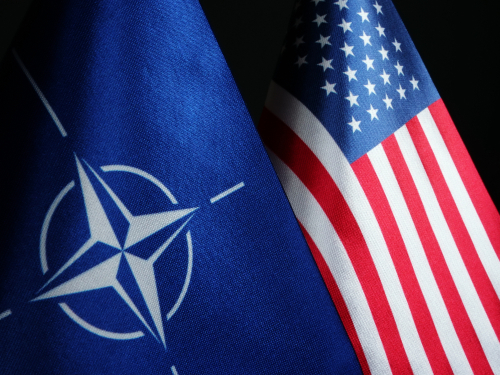 Brussels (Brussels Morning) US Secretary of State Antony Blinken is in Brussels for a key NATO meeting that will feature discussions about the troubled Iranian nuclear deal, an ongoing US troop presence in Afghanistan and the build-up of Russian deployments along Ukraine’s border.

“Arrived in Brussels and look forward to discussing key priorities with our European partners”, Blinken tweeted upon his arrival in the Belgian capital.

“We will also continue our important engagement with our closest allies on these issues as we look to confront malign state actors and other shared challenges”, he added.

Blinken is linking up with US Defence Secretary Lloyd Austin in Brussels, who, according to the Pentagon, is visiting Israel, Germany and the UK, in addition to attending the NATO meeting, Reuters reports.

After an exchange of views with NATO Secretary-General Jens Stoltenberg, Blinken said both were agreed that “Russia must end its dangerous military build-up and on-going aggression along Ukraine’s borders”.

The trip by two key members of President Biden’s administration coincides with growing tensions over Russia’s activities near Ukraine’s eastern border. US and Ukrainian officials contend that Russia has deployed more troops to the sensitive border area than at any time since the onset of the conflict in 2014, when Moscow annexed Crimea.

The same day, NATO member Turkey announced that the US was to deploy two warships to the Black Sea as of April 14-15, as a mark of the Biden administration’s support for Ukraine.

Former US ambassador to Russia, Michael McFaul, meantime, has warned that world leaders should be “very concerned” at the unfolding situation, asserting that Putin’s intervention in Ukraine could “spark war in Europe”.

Blinken’s current trip comes ahead of the 1 May deadline set by the Trump administration for the withdrawal of US-led coalition troops from Afghanistan. That deadline is unlikely to be adhered to since Washington views the talks between the Afghan government and the Taliban as still inconclusive.

Blinken is also set to discuss the recent attack on Iran’s Natanz nuclear facility, which has cast a pall over hopes for a resumption of indirect talks between the US and Iran to resuscitate the international accord limiting Iran’s nuclear deal.

The 11 April incident at the Natanz facility not only represents a setback for the Iranian nuclear programme but, according to a tweet by Iranian lawmaker Malek Shariati-Niasar, is “strongly suspected to be sabotage or infiltration”.