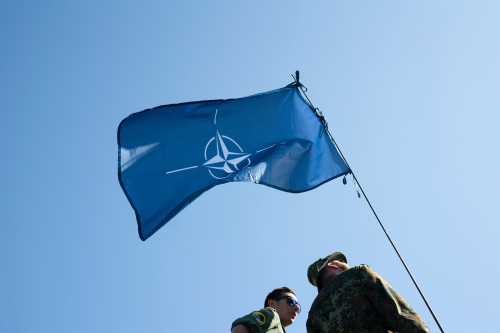 Brussels (Brussels Morning) US Secretary of State Antony Blinken called for a firm, shared position on Russia and China in his concluding address to the two-day NATO conference in Brussels on Wednesday, Deutsche Welle reports.

Blinken reassured NATO members that the US “is fully committed to NATO, including Article 5”, in an effort to dispel doubts about whether Washington would come to the aid of an ally facing invasion or an attack by an outside force.

Former US President Donald Trump had disrupted and strained many of Washington’s ties with NATO allies, and Blinken acknowledged it seemed to many that “the US has forgotten who its friends really are”.

Blinken condemned what he called China’s “coercive behaviour”, stating that it threatens collective security and prosperity. He accused Beijing of “actively working to undercut the rules of the international system and the values we and our allies share”.

Nonetheless, the US Secretary of State added that countries should work with China where possible, such as on challenges like climate change and health security. He pledged the US would work hard to “close the gaps in areas like technology and infrastructure, which China is exploiting to exert coercive pressure”.

Turning to Russia, Blinken called on allies to come to a firm, shared position on dealings with Moscow. “Ultimately, I think what we can hope is to have a relationship with Russia that is at least predictable and stable”. He promised that the US would also work to “hold Russia to account for its reckless and adversary actions.”

Looking to the future of the alliance, Blinken called for reinvigorating NATO’s military capabilities and readiness, including its nuclear deterrents and digital offence systems. He noted too that global threats such as the coronavirus pandemic and climate change had to be taken into account and play a central role in making decisions.