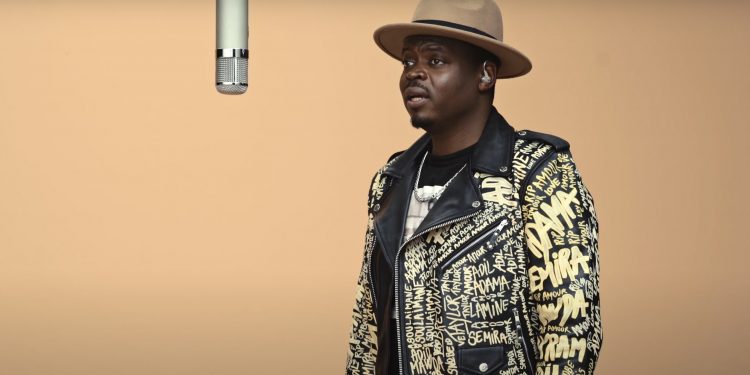 BRUSSELS (Brussels Morning) – March 1 marks the start of an entire month of festivities devoted to the place of blacks in history. While a fine range of cultural activities – concerts, talks, performances, etc. – are getting ready to rock the city, BRUZZ is taking advantage of Black History Month to ask three Brussels artists to unfold the intimate story of an object passed down from generation to generation, and which they carry in their hearts.

“I’m a bit nostalgic. I have real emotion when I talk about it,” says Bwanga Pilipili with a heavy heart. “Beans and the basketwork in which they are placed are my Proust madeleine. It’s what connects me to where I come from.

Having grown up in Brussels in a family of five children, sandwiched between her big brothers and her little sisters, the actress (present on the big and small screens, as well as in the theatre), director and co-creator of the Brussels/ Africapitales, remembers these moments of family reunion in the kitchen where the youngest were requisitioned to remove the small gravel from the beans scattered in the basket before cooking. “My mother always called this basketwork ‘the van’. In Africa, shaking it gets rid of the sand before cooking the beans. I’m almost certain that this van comes from the Congo”, says Bwanga Pilipili, handling the object with tenderness without taking her eyes off it. “It was my mother who gave it to me years ago.

“When I wear this necklace, I feel connected to my deep intentions,” says Loucka Fiagan (il/iel). Half-talisman, half-fashion accessory, the multidisciplinary artist from Brussels, co-founder of the artistic collective we wedontknwyet (from the English “We don’t know yet”), likes to display the object with a thousand pearls when the need to “reaffirm his identity” makes itself felt. “Dressing up is a way of asserting your colours in the world.

The object is a necklace of yellow beads of Togolese origin and attributed to the Ewe people of West Africa. “This necklace has sentimental value because it was passed down to me from my mother. I don’t know my father but I have many more emotional ties to my Togolese history. Born in Brussels in 1994, Loucka Fiagan moved to Togo at the age of 2 where he grew up until he was 16, before returning to Belgian soil.

Badi: ‘At home, we ate both stoemp and foufou’

As an artist, Badi – Badibanga Ndeka in full – has never made a secret of his Congolese roots. His sound is clearly influenced by Congolese rumba, and “the facetious dandy” also speaks out on topics such as decolonisation, Black Lives Matter and police brutality. Last year he was one of the artists who gave a livestream concert in AB as part of Black History Month.

Black History Month, an initiative to which Badi is very attached. “In the United States, the BHM has existed for much longer, but the black communities of Belgium, whose history is of course strongly linked to colonisation, also need this visibility. In any case, Badi’s parents, who arrived in Belgium in 1977, ensured that he was never really cut off from his Congolese roots.

“I grew up in a rather bourgeois environment in Woluwe-Saint-Pierre, and we actually lived in difficult conditions because my parents did not have papers for a long time. But they wanted to offer their children both cultures. At home, we ate both stoemp and foufou (laughs). We often went to Matongé, as I still do at least once a week, to run errands or take the children to the hairdresser.