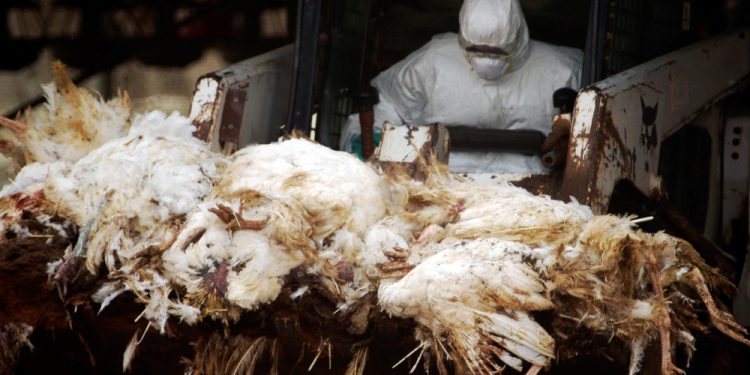 Thus far, the disease has been confirmed in Belgium, Croatia, Denmark, France, Germany, Ireland, Poland, Slovenia, Sweden, the Netherlands and the UK. The majority of cases are in wild migratory birds, but outbreaks reported on poultry farms have led to the death or culling of some 1.6 million chickens and ducks across the region.

Germany’s Friedrich Loeffler Institute, the country’s national animal health institute, stressed that the risks of infection in poultry farms and the number of infected wild birds are greater compared to the last two years because of the appearance of different bird flu viruses in Europe.

Before hitting Europe, the virus struck Russia, Kazakhstan and Israel. World Organisation for Animal Health data shows that the poultry death toll in Russia reached about 1.8 million by end October, some 1.6 million of which occurred on just one farm near Kazakhstan.

The European Food Safety Authority stressed that, while the risk to humans is low, the evolution of the virus has to be monitored closely since a strain of H5N1 can spread to humans. The main strain of bird flu in Europe this year is H5N8, but H5N5 and H5N1 have been reported as well.

Most countries are on high alert, meaning that poultry and other birds should be protected from contact with wild birds and kept indoors if possible. Outbreaks of bird flu and other animal diseases usually result in trade restrictions in importing countries.

Denis Lambert, head of France’s largest poultry group LDC, pointed out that export is already difficult due to coronavirus lockdowns, and that the outbreak of bird flu could make the situation worse.