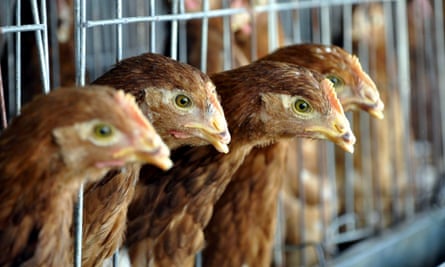 London (Brussels Morning) Bird flu, also known as avian flu, has been found present in a small number of birds in the southwest of England, according to the UK Department for Environment, Food and Rural Affairs (DEFRA).

“The UK’s Chief Veterinary Officer has confirmed that routine monitoring has detected the H5N8 strain of avian influenza in a very small number of wild birds in Gloucestershire, Devon and Dorset”, read a statement from the department Wednesday.

In the town of Dawlish, Devon, three swans and five cygnets had died over Monday and Tuesday. An investigation by the Animal and Plant Health Agency, a subsidiary of DEFRA, confirmed the cause of death in six of the birds was avian flu (H5N8).

“We understand the risk of bird to human transmission in this strain is minimal, however public safety is our first priority, and we will be working with the lead agencies to ensure all the necessary guidelines are being followed”, said Town Clerk Andrew McKenzie.

At another location – on a farm in Cheshire – the presence of H5N8 meant 13,000 chickens had to be “humanely culled” at the premises, around a week ago.

Local reports indicated a 3 kilometre temporary control zone was initiated around the infected site to help stop the spread of the disease, which was believed to have been contained to the farm, although the bird flu risk was raised to ‘high’ following the discovery.

“The council is supporting DEFRA and the Animal and Plant Health Agency (APHA) with this situation”, said a Cheshire West and Chester Council spokesperson.

Avian flu is a virus that mostly affects birds, although it can be transmitted to humans as well.

Wild geese near Stroud, Gloucestershire, and Weymouth also tested positive for the strain.

Chief Veterinarians from across the UK urged bird keepers to monitor and enhance the biosecurity measures on farms to help stop more potential outbreaks in the UK.