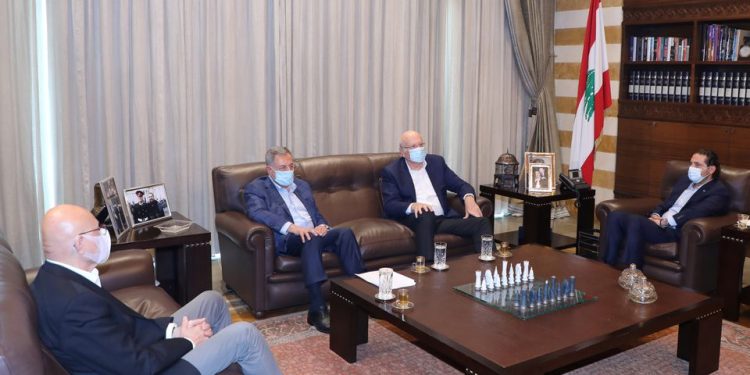 Brussels (Brussels Morning) Lebanon’s President Michel Aoun has picked billionaire businessman and former Prime Minister Najib Mikati as the next prime minister-designate. He will be the third person to take on the unenviable task of attempting to form a government since Prime Minister Hassan Diab resigned in August last year.

Mikati’s attempt will follow that of Saad Hariri, who resigned as prime minister-designate earlier this month after clashing with Aoun, claiming that the President was attempting to ensure that a blocking minority of people loyal to him would serve as ministers in the future government. Aoun accused Hariri of refusing to engage in constructive negotiation.

Estimated by Forbes to be the richest man in Lebanon, Mikati made most of his 3.3 billion dollars net worth through the sale of the Investcom telecommunications company, which he and his brother founded.

Mikati previously served as Prime Minister of Lebanon from April to July 2005, and again from June 2011 to February 2014, when he also succeeded Saad Hariri, and was backed by an alliance involving the Iran-backed Hezbollah group, Walid Jumblatt and current President Aoun.

His latest appointment also comes with the backing of Hezbollah and former Sunni prime ministers, including Hariri. The new prime-minister designate will face a number of challenges in addition to Lebanon’s near-constant state of political instability. It is likely that he will be opposed by the country’s Christian parties and he will certainly be perceived as being part of the political elite that brought about the current crisis, which has sparked a wave of near-continuous protests since October 2019.

With the country’s economy in tatters, and much of Beirut still devastated by the catastrophic explosion in the city’s port last year that brought about the fall of the Diab government, Lebanon is under increasing domestic and international pressure to stabilise its government.

The EU announced earlier this month that it would begin preparing a framework for sanctions against the country’s ruling class that would freeze assets and deny travel rights to all political figures deemed culpable in delaying the formation of the new government.