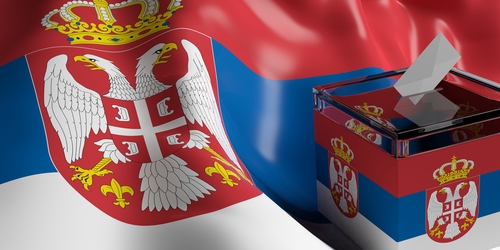 Following the parliamentary and presidential elections on 3 April 2022, the Standing Rapporteur for Serbia Vladimír Bilčík (EPP, SK) and the Chair of the Delegation to the EU-Serbia Stabilisation and Association Parliamentary Committee Tanja Fajon (S&D, SL), issued a statement noting that they are welcoming the improved pluralistic Parliament in Serbia.

“We welcome the increased voter turnout and the return to a more pluralistic Parliament in Serbia following the extensive participation of parties and candidates from a broad political spectrum in the 3 April elections. We regret the highly polarised political environment of the campaign, marked by limited media pluralism and government pressure on voters” it was noted in the press statement by the MEPs.

They added that they are condemning the violent attack on one of the opposition leaders, Pavle Grbović, on Election Day.

“We regret that Serbs from Kosovo were unable to cast their votes close to their homes with the assistance of the Organization for Security and Co-operation in Europe (OSCE) as has been the case on a number of previous occasions. We also regret the unclear communication by the Republic Electoral Commission (REC) on preliminary election results following the closure of polling stations. We are ready to work with the newly composed Parliament on concrete measures to strengthen democracy and rule of law in Serbia. It is also important to implement the recommendations that will be presented by the OSCE Office for Democratic Institutions and Human Rights mission. These steps can move forward the European agenda to the benefit of all Serbian citizens” it was noted in the press statement by the MEPs.