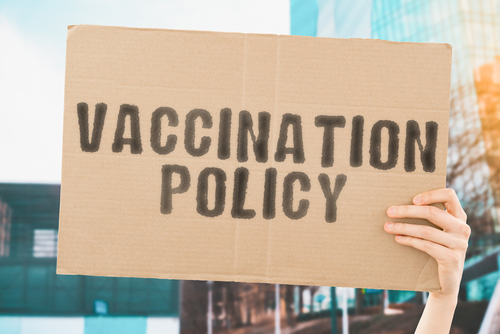 Washington (Brussels Morning). Russian and Chinese vaccine diplomacy has been more effective than the European and American equivalents during the pandemic. While the uptake of the Sputnik vaccine in Russia leaves a lot to be desired, the vaccine was one of the first to go to market and has been distributed across Europe, Asia, Africa and Latin America in massive quantities.

China, where the vaccine uptake is more satisfactory, has also moved swiftly to fill the massive vacuum across the developing world.  And the vacuum was enormous. In April, only 0.2% of the global supply of vaccines had been administered in low-income countries. There is little doubt that the supply of vaccines will have a lasting diplomatic legacy.

The pandemic crisis comes at a time when the Transatlantic Partnership – a pillar of what we refer to as “The West” – has been damaged, following four years of American neo-isolationism. To discuss the vacuum of soft power left behind, Brussels Morning speaks to Ambassador Ian Kelly, a 33-year US Foreign Service veteran who served at the Organization for Security and Cooperation in Europe (2010-2013) and then as ambassador to Georgia (2015-2018). Ambassador Kelly also served as spokesperson for the Department of State during Secretary Clinton’s tenure.

Ambassador Tedo Japaridze (TJ): One continuity between the Trump and Biden Administrations is raising the spectres of China as an enemy of the West. In the 1990s, there was confidence that market economy and democratisation go hand in hand, because in guaranteeing individual rights, one is creating an investor-friendly environment. Would you say that this formerly conventional wisdom now needs to be reviewed, given China’s uninterrupted 30-year long economic miracle?

Ambassador Ian Kelly (IK): Well, it is true that after the collapse of communism in eastern Europe, there was something called “The Washington Consensus” – the widely held belief that the key to economic growth was Western-style democracy and free market economics. That consensus was eroded by the “Great Recession” of 2008-9, driven by the collapse of a huge asset bubble in the U.S. This downturn caused suffering around the world, and many blamed Washington’s laissez-faire approach to regulating markets. Beijing’s economic record, and its more statist approach to the economy, presented an attractive alternative to liberalism, and helped fuel the growth of more authoritarian regimes around the world.

I don’t know that most U.S. policy-makers see Beijing as an enemy, but there is certainly a rare bipartisan consensus that the U.S. must do more to push back against China’s threats to the liberal international order. One benefit of this sense of rivalry has been bipartisan support for a broad infrastructure package, which both the White House and Congress see as necessary to compete with China.

Another point both parties in the U.S. broadly agree on is the need for accountable, transparent government, and the importance of respect for personal freedoms. This approach to governance contrasts sharply with Beijing’s. While the Chinese system does provide growth, it also denies fundamental freedoms. The Western system can provide both. Of course, after four years of Trump, the Biden Administration recognises it has to win back trust in the efficacy of the U.S. brand of liberal democracy. This is why the Administration places a high priority on showing that democracy can still work, delivering prosperity and stability.  Their slogan is “Build Back Better,” and it begins at home.

TJ: COVID has seen the introduction of state-driven economic activism in Europe and the United States. We have tried out “helicopter money” – a concept introduced by Milton Friedman – the United States is talking about a once-in-a-generation public investment plan and Europe is on a move to borrow on a “semi-federal” level, breaking a political taboo. Are we learning from China?

IK: For the last fifty years and more, economic stimulus packages have long been a preferred method of dealing with economic downturns. I don’t see this as something we’ve learned from China.

It is true, however, that the challenges of the pandemic have led to more government interference in social and economic issues. This has fostered an interesting debate in the U.S. regarding the proper role of government in regulating individual behaviour and economic decisions. While at times contentious, the debate has led to a consensus on what is appropriate, leading to policy decisions that are much more accountable and therefore more sustainable.

This is the kind of debate that authoritarian governments do not allow – another contrast between the Beijing and Washington models of governance.

TJ: Across the West, there has been a backlash on universal human rights – guaranteed by multilateral regimes – and calls for regimented national sovereignty. Do you feel that the globalisation of human and political rights remains an American mission, or do you feel that “rights” are best understood as national policy debates?

IK: It won’t surprise you when I say I strongly believe that the U.S. and its like-minded allies must promote universal human rights. This is not just because it’s the right thing to do. It’s also necessary because of our national interests — true security among nations depends on respect for human rights within nations. A country that does not respect the rights of its citizens can’t be trusted to respect the international rules of the road that provide for international security. We see that in Russia’s violations of Ukraine and Georgia’s sovereignty, and China’s unilateral claims on territories in the South China Sea.

Again, however, the Biden Administration also has to build back trust in multilateral institutions and in our ongoing mission to protect human rights. The previous administration’s policies undermined the world’s faith in America as a beacon of freedom. Secretary Blinken has made support for human rights a cornerstone of U.S. foreign policy, and I’m glad to see that U.S. diplomats once again feel empowered to speak out against abuses of human rights.

TJ: In the Balkans, in Africa, across Central Asia, and the Pacific, democratic development is not the only game in town. Arguably, Russian and Chinese vaccine diplomacy has come a long way to building an international appeal for non-democratic regimes. If the Western democracies are to have a comeback in the developing world, where should we start?

IK: You’ve pointed out one of the vulnerabilities of Biden’s foreign policy. His vaccine policy, ironically, could be characterised as “America First.” Russia and China, on the other hand, saw the “soft power” potential of widely distributing their vaccines, thereby gaining influence in the developing world.

Of course, I don’t blame Biden for prioritising the vaccination of Americans. All presidents must put the health and safety of Americans above all else. But the lack of a strategic approach to vaccinating other, less developed nations led to us playing catch-up in responding to horrifying outbreaks in places like India.

In the long run, I’ll put my money in the soft power of Western vaccines. Keep in mind that the Russian vaccine was rushed into use without the same kind of thorough trials characterised by the Moderna, Pfizer, and Astra Zeneca vaccines. People are much more comfortable with those vaccines. Less than half the Russian population trusts the Sputnik V vaccine. In terms of global trust (and therefore influence), there’s a price to be paid when governments are corrupt and lack transparency.

TJ: Following the Second Karabakh War and signing the Shusha Agreement between Turkey and Azerbaijan, how do you see the evolution of a region (South Caucasus) where the interests of all major powers intersect: Russian, Turkish, Iranian, the US, the EU, Chinese?

IK: I was dismayed to see the OSCE and its Minsk Group totally marginalized in the ceasefire agreement. For one, the agreement to deploy a Russian-only peacekeeping force was a violation of the 20-plus year understanding that any Karabakh peacekeeping force would be multilateral, and would not include Russians or Americans in it. I also remember when I was U.S. Co-Chair being told by a senior Azeri official that Baku’s only “red line” was no Russian-led peacekeeping force, because, as he said, “when Russian peacekeepers arrive, they never leave” (something that Georgians, Ukrainians, and Moldovans have learned).

However, if the U.S. and Europe have been pushed aside in the conflict, they have only themselves to blame. For the past ten years or so, the two Western Co-Chair countries, the U.S. and France, have shown little to no interest at senior levels in resolving the conflict. Russia, on the other hand, has. Both Washington and Paris have basically subcontracted the resolution of the conflict to the Kremlin, and raised no concern when Ankara decided to empower Baku to take back militarily much of the land they had lost to Yerevan in the nineties.

Here is another area in which the Administration has to “build back” – together with the EU, it has to reassert that the West has interests and a stake in the survival of the independence and sovereignty of the three South Caucasus states.