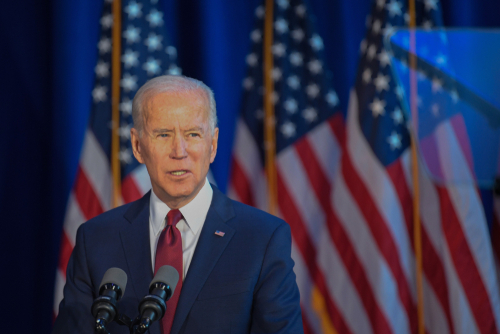 New York (Brussels Morning) For most of his career as vice-president and as a member of the US Senate, Joe Biden appeared more interested in foreign policy than domestic politics. That foreign policy expertise and reputation likely played a role in Barack Obama’s decision to make Biden his running mate in 2008.

Had Biden become president at another time, or in another political and public health environment, he might have brought that emphasis to the presidency, but that is not possible now. Six weeks or so into Biden’s presidency, it is apparent that he is, wisely and appropriately, spending more of his time and political energy on domestic issues.

Biden has not ignored foreign affairs as he has sought to persuade America’s allies that the US has moved past the Trump era, had a series of calls with world leaders and recently sanctioned Russia for their treatment of Alexei Navalny. However, it is apparent that Biden’s emphasis remains on domestic policy, primarily his 1.9 trillion dollar COVID-19 recovery bill and getting more Americans vaccinated from the pandemic.

At first glance, this emphasis on domestic policy, which stems from both the numerous domestic crises in the US that include the pandemic, the economic problems precipitated by the pandemic, income inequality, the 6 January insurrection, racial tensions, and from an American population that, due to these multiple crises, is less interested in seeing American involvement in every corner of the globe, may seem like an obstacle for the new President’s foreign policy goals. However, there is another angle for Biden that might make this reality a strategic asset.

It is already apparent what some of Biden’s priorities will be. We know that climate change will be a top domestic and foreign policy priority for this administration. Bilateral relationships with both China and Russia are complex and hugely important for the US, so Biden will place some emphasis there. However, the remaining priorities are less clear. For example, the President has already indicated that the Middle East is unlikely to be a top priority.

These limitations may be an asset because they allow the US both to remove itself somewhat from foreign policy challenges in distant countries that may be a of secondary or peripheral importance to the US, while at the same time making Biden’s presence, when he chooses to become personally involved, even more significant. This will not upset the day to day functioning of foreign policy because US foreign policy institutions, particularly now that Biden has returned those bodies to competent leadership, can function well without direct presidential involvement.

Domestic political considerations are part of this framework as well.

Appetite for less US

Back in late 2015 when Donald Trump’s campaign for the White House was just beginning, one of the substantive policy issues where he differed from the majority of the leadership of his party was on the question of how involved the US should be with the rest of the world. Trump’s vision was much more isolationist. This later became his America First policy, a phrase that some may remember was used by the Nazi sympathisers and anti-Semites like Charles Lindbergh who wanted the US to stay out of World War II.

This fundamental difference on foreign policy between Trump and the rest of the Republican Party contributed to his winning the nomination. Bernie Sanders’ strong support in both 2016 and 2020 was also, in part, due to his foreign policy views, which were significantly less interventionist than most of the leadership of the Democratic Party. It is clear there is a growing appetite for a reduced US role in the world, but the COVID crisis may have made it, at least for now, something of a necessity.

Biden, a longtime member in good standing of the strongly interventionist foreign policy establishment, was always going to confront the challenge of crafting foreign policy for a country whose population is increasingly looking inward. The multiple domestic policy crises make that a necessity now, but also give Biden an opportunity to do it thoughtfully.

If Biden responds to the current dynamic by trying to return to the kind of expansive foreign policy that has characterized most of the last 75 years, but that began to change under the previous administration, he will be fighting an uphill and almost pointless battle. However, crafting an approach to foreign policy that recognises the reality of America’s challenges and interests while reflecting the needs and priorities of the American people would be very positive way to reframe American foreign policy. This will not be easy, but Joe Biden is uniquely positioned to do it.