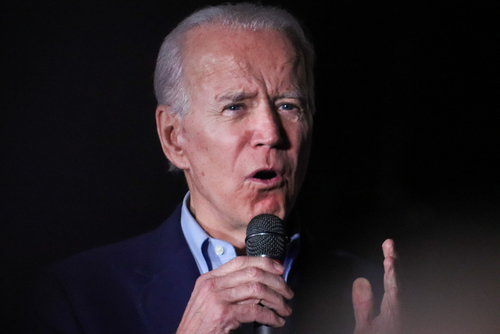 New York (Brussels Morning) As US President Joe Biden’s first hundred days in office, a legally meaningless but politically significant landmark, comes to a close, it is clear that he — having earned a reputation as a cautious centrist in almost half a century in and around national politics before becoming president — has been both surprisingly ambitious and successful.

His Covid relief plan, proposed infrastructure bill, promised withdrawal of troops from Afghanistan, recognition of the Armenian genocide and strong words about racism in the US more than belie this previous reputation.

Despite, or maybe because of, Biden’s far-reaching goals and support for much of the agenda of the progressive wing of the Democratic Party, including on issues like reforming the Supreme Court, statehood for Washington DC and exploring abolishing the filibuster, Biden remains popular.

During these first one hundred days into his presidency he has, in virtually every major poll, been more popular than Donald Trump ever was. While Biden has never enjoyed approval of more than about 60% of Americans, the data nonetheless represents a meaningful difference from the previous president whose performance almost never won the approval of even half of all Americans.

This is a reminder the emerging narrative on the right —but also to a disappointing degree among pundits who like to think of themselves as particularly insightful — that Trump would have won if not for Covid, is wrong. Trump was never popular, never had broad support from the American people and was always going to have a very tough reelection fight.

More importantly, Biden has, thus far, been relatively popular because he has been pushing for legislation that has substantial public support. Despite the opposition from congressional Republicans, the American people believe that our infrastructure needs to be upgraded, the government should help people through the tough economic times caused by Covid, that wealthy people should pay more in taxes and that we need rational gun laws to keep all of us safer.

For much of the last decade, the Republican Party has sought to characterise these ideas as radical. The success they managed to achieve in that endeavor was based substantially on their ability to link call those ideas socialist and link them to politicians such as Barack Obama, Nancy Pelosi, Bernie Sanders or Alexandria Ocasio-Cortez who were widely despised on the right. There was always a healthy amount of bigotry mixed in there as well. It is no accident that the only white male in that pantheon of GOP targets is Bernie Sanders, who is Jewish. It is harder to tar Joe Biden with that far left brush because he is a straight white Catholic man with a long record of moderation in politics in temperament.

Thus, the political magic of Joe Biden is that anything he proposes just sounds reasonable and moderate. In the first one hundred days of his presidency, Biden has been able to deploy that magic to move forward the most progressive domestic agenda of any American president since Lyndon Johnson well over fifty years ago. It has left the Republican Party unsure of the best strategy for attacking Biden, and therefore for the upcoming 2022 midterm election.

In the months since Biden has been president, the Republican Party has continued to be centered around the cult of Trump. This means that the false belief that the 2020 election was stolen from him remains their core identity. While this is a decent strategy for keeping the base of the party mobilised and engaged it is no way to reach those voters who voted Democrat in 2020, but who the GOP needs to win back in 2022.

Because of the popularity of much of the Democratic policy program and the failure of the GOP to propose any competing proposals, the Republicans have fallen back on the cultural and social issues that have defined their party for much of this century. Since Biden has been president, fear of cancel culture, corporate wokeness and Dr. Seuss have taken up more Republican bandwidth than helping the Americans get vaccinated, rebuilding the post-Covid economy or bringing American infrastructure into the 21st century. This, again, is probably fun for the Republican base but is not going to move too many voters to the GOP.

The Republicans goal for 2022 is to win back control of the House or Representatives. That goal, which is tantalisingly close for the GOP as they only need to flip five seats to become the majority again, became a little bit easier this week because of the census which will give a few more seats to red states at the expense of heavily Democratic states like New York, Illinois and California.

However, the absence of a Republican message, and the popularity of Biden and his programs, means that the Republican strategy will be driven by gerrymandering-new congressional districts drawn up in all fifty states-voter suppression and trying to weaken Biden so the American people lose faith in him. It might work, but it is also a reminder that the GOP is still lost when it comes to governance.