by Lincoln Mitchell
in The American Angle, World 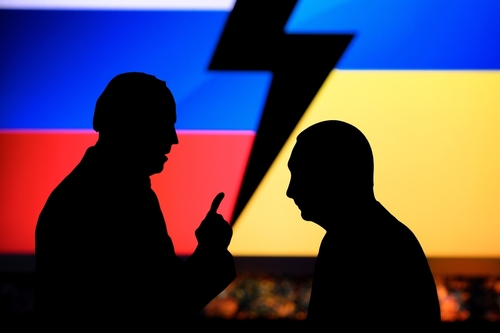 New York (Brussels Morning) – On Tuesday, President Biden announced that he was calling for a ban on oil imports from Russia to the USA. This represents an escalation of the broader sanctions regime that the US, Europe and a handful of other countries have imposed on Russia because of Moscow’s invasion of Ukraine.

Biden’s decision is consistent with the very tough stand he has taken against Russia and President Vladimir Putin since the invasion of Ukraine began. Biden has made it clear to the people of the United States, and to the world, that he understands the invasion to be an act of aggression by Russia, and by Putin personally, and that the US position is that Russia is solely responsible for this war. Also, Biden has sought to thread a difficult needle here by both pledging a strong response while making it clear that he does not want to engage directly with Russian military either in Ukraine or in the air above Ukraine. Biden, rightly, has indicated that such a move could easily lead to a much bigger conflict.

Since the war has started,  public opinion in the US has been strongly against Russia and Putin. There have been rallies supporting Ukraine; streets have been renamed; US politicians have competed to denounce Putin in the strongest terms; and the sanctions that the US has placed on Russia have enjoyed bipartisan support. By banning oil imports, the Biden administration is ratcheting up the sanctions in a way that will cause more economic pain to Russia, but they also entail taking a gamble.

For many months now people in the US have seen rising inflation, and many have blamed Biden for this. Deservedly or not, inflation has driven Biden’s poll numbers down since last summer. One of the ways that many Americans experience inflation is the relative cost of filling up their gas tank, now more expensive than at any time in well over a decade. Banning Russian oil imports is not going to help this situation. If inflation gets worse, even if it is part of the effort to save Ukraine, it is not clear voters in the US will let Biden off the hook.

Biden is betting that the US will view a continued rise in gas prices as part of the price it is necessary to pay for defeating Russia. That seems like a bad bet. Over the next months, it is likely both that gas prices will remain high and that there will be little resolution to the conflict in Ukraine. Despite the President’s best efforts, the war in Ukraine looks like it will continue for a while, so Biden is not going to be able to point to success there as a way to make the US electorate less upset about high gas prices.

It is very possible that Biden will head into the summer, and then autumn, with a war in Ukraine that has left that country devastated, plus high gas prices and inflation. That would be a toxic mix for the Democratic Party with the midterms approaching. The conundrum for Biden is that there is no strategy he can use to combat Putin that will not make life at least a little more difficult for most consumers. Moreover, the overarching goal of avoiding a much bigger conflict is the kind of nebulous accomplishment for which it is very difficult to take credit.

Campaign ads that say “well, gas prices are high and Ukraine is in ruins, but at least we didn’t have World War III” are unlikely to move any voters.

For Biden the only way to minimise the political impact of the economic cost of the sanctions against Russia is to persuade the US electorate that the sacrifice is worth it to help Ukraine and stop Putin. This sounds completely obvious, but so far Biden has done very little along these lines. While he has articulated the threat represented by Putin and joined with other countries to formulate a response to the war, his communication with the American people about the costs associated with helping Ukraine has been lacking. Biden has not made that big speech about how we all need to sacrifice in order to defeat Putin. Nor has he, or his team, aggressively pushed this message through the media.

In general, Biden’s policies on the war have been good and popular with the American people. However, by not messaging these policies appropriately, Biden is undermining his good work and putting his party in a bad position as the November midterms approach. It is true that sometimes presidents have to prioritise good policy over short-term political gain. Certainly, the war in Ukraine is one of those times when such a calculation might be necessary. However, Biden could and probably should be doing more to reduce some of the possible political harm and consequences of these policies.