Biden to review but not rewind Washington’s Iran policy 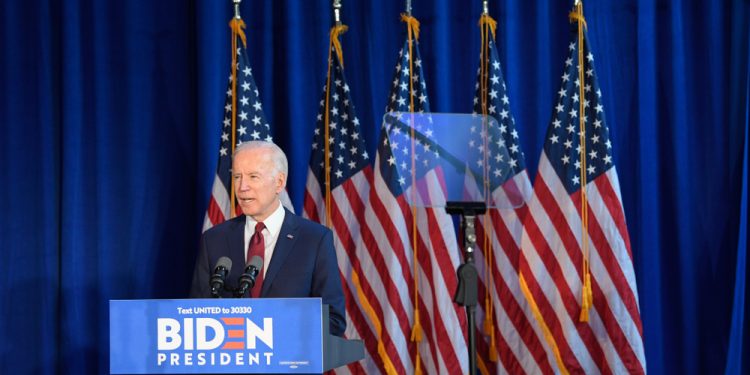 Thessaloniki (Brussels Morning) The incoming Democratic administration will soon have to review US foreign policy across the board: from climate change to Iran.

There is no such a thing as a “strategic rewind” to the Obama state of affairs. In dealing with Iran, the strategies of both the “hawkish” and the more “dovish” foreign policy circles point towards Washington taking a back seat.

Democrats face their own divisions

It should be recalled that the campaign to undermine the 2015 Joint Plan of Action (JPOA) signed between Iran, the United States, Germany, France, the UK and the EU was met with fierce opposition in Washington.

Senator Joe Lieberman led the United Against Nuclear Iran group that channelled millions of dollars to a campaign to derail the deal. Their biggest achievement proved to be convincing candidate Donald Trump to make the demise of JPOA a central promise of his campaign.

But even within the Democratic Party, there was fierce resistance to the JPOA. At the time, there was at least one Democrat in the Senate and 11 in the House of Representatives that joined the Lieberman campaign.

Overall, the question is how much of the US “maximum pressure” policy will remain in place. The answer is not straightforward since, as President, Biden will need to choose his battles. President-elect Biden has made clear he wants Washington to return to the five-plus-one format of the JPOA. However, articulating a policy objective and spending the political capital required to make it happen are two different things.

The foreign ministers of Germany, France and the UK met in Berlin in late November to coordinate their Iran policy. When all is said and done, a Biden administration may very well decide to facilitate the work of Washington’s European allies by taking a back seat.

To restore a narrative of peace, Tehran will demand the end of sanctions. Any concrete concession on that front would alleviate economic pressure at home and allow moderates in Tehran to re-engage with the West.

In order to move swiftly, President-elect Biden would only need to lift the US threat of secondary economic sanctions vis-à-vis the US’s European Allies, allowing France and Germany to restore some of their commercial ties with Tehran. That would be less complicated than engaging directly, given the polarising effect Iran has on US domestic politics.

In principle, Europe has always remained committed to the JPOA.

In January 2019, the EU launched a special purpose vehicle enabling “barter trade” to facilitate buying essential items for Iran, circumventing US sanctions. But France and Germany could not persuade Renault, TOTAL or Mercedes Benz to remain in Iran while Washington threatened sanctions.

The threat of retaliatory measures was concrete: freezing US assets, and disrupting access to the US market, and even prosecuting management in the US.

A nod from Washington could change this calculation with limited political cost at home.

Overall, the legacy of the Trump Administration is the gradual withdrawal of US power from around the world as an end in-itself. This has created a power vacuum filled by Russia, Turkey, and Iran across the Middle East.

At the same time, the US President has escalated US confrontation with Iran using covert action.

Following the assassination of Iran’s foremost military leader in the Middle East, Qasem Soleimani, Tehran suffered a tactical blow of strategic significance. Soleimani’s personal web of political alliances allowing Shia militias to play a significant role from Yemen to Lebanon is not easy to hand over.

However, Washington is not necessarily able to capitalise on these tactical gains.

Pluri-national alliances on the ground are gaining ground, such as the emerging understanding between Israel, Saudi Arabia and the United Arab Emirates.  It is doubtful that Washington will re-emerge as a hegemonic “security provider” restoring the balance of power in the region.

While it is clear that the Biden administration will seek to restore some stability and US influence in the region, the time for a “strategic rewind” has come and gone. President Obama was probably the last President of a superpower in the Middle East.