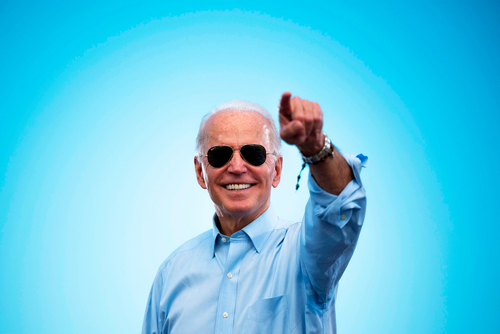 Brussels (Brussels Morning) Israel’s President Reuven Rivlin met with President Joe Biden in Washington on Monday, as part of a final foreign policy tour prior to his term of office coming to an end on 7 July. Meanwhile, the Biden administration is at work setting up the US President’s first meeting with Israel’s new Prime Minister Naftali Bennett.

Biden assured Rivlin that his administration would not allow Iran to possess a nuclear weapon,, emphasising that his commitment to Israel is “ironclad”. Iran, he declared, “will never get a nuclear weapon on my watch”.

Yesterday’s meeting with Israel’s head of state — a largely ceremonial role to which the incumbent is appointed by the Knesset — took place a day after the two countries’ top diplomats met in Rome, marking a soft reset in their relations.

US Secretary of State Antony Blinken and Israeli Foreign Minister Yair Lapid acknowledged that “mistakes have been made” in the past, referring to relations between Israel’s former Prime Minister Benjamin Netanyahu and former US President Donald Trump, which had fueled the partisan divide in both countries.

Discussing ongoing negotiations on the reactivation of the Iran nuclear treaty, the Joint Comprehensive Plan of Action (JCPOA), Biden told Rivlin that “things are still far from decided”. The Vienna talks, expected to resume in early July, have reportedly resulted in some progress. However, remaining uncertainties stem from the recent change of administration in Tehran, where a moderate president was replaced by conservative hardliner Ebrahim Raisi.

When Trump withdrew from the 2015 treaty in 2018, imposing fresh sanctions on Tehran, Iran responded by breaching terms of the treaty designed to prevent it from developing nuclear weapons. The current negotiations are at a stalemate, with neither side seemingly willing to make the first concession.
Biden and Rivlin also discussed last month’s 11-day conflict in the Gaza strip, during which Israeli forces bombed suspected Hamas positions, while Hamas fired salvos of rockets on Israeli population centres. Biden reportedly promised that the US would replenish ammunition supplies for Israel’s Iron Dome anti-rocket system, stockpiled reserves having been depleted after days of fending off Hamas attacks.