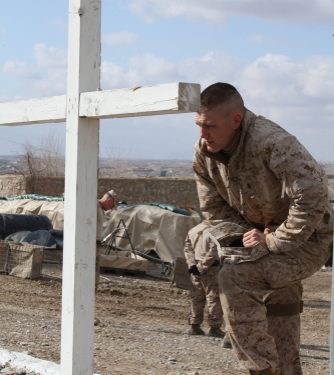 Brussels (Brussels Morning) US President Joe Biden plans to withdraw all American troops from Afghanistan by 11 September, having reached a decision to end his country’s military involvement and focus on other means of providing assistance to the Kabul government, Reuters reported.

The US currently has some 2,500 troops in Afghanistan, as part of a NATO mission numbering more than 9,500. Though outnumbered by their allies, the US troops still provide vital logistics and reconnaissance services which other nations’ forces would be hard-pressed to provide on their own.

“There is no military solution to the problems plaguing Afghanistan, and we will focus our efforts on supporting the ongoing peace process”, a senior administration official told Reuters.

Most analysts and strategic experts agree that the US is stuck between a rock and hard place in Afghanistan, with the Taliban insurgents nowhere near defeat, even after almost 20 years of fighting.

“There is no good way that the US can withdraw from Afghanistan, according to Anthony Cordesman of the Center for Strategic and International Studies think tank. “It cannot claim victory, and it cannot wait indefinitely for some cosmetic form of peace”.

Meanwhile, the most recent US intelligence assessment warns that the US-backed Kabul government will have a hard time holding on to power in the country should the US leave. “Kabul continues to face setbacks on the battlefield, and the Taliban is confident it can achieve military victory”, the latest intelligence report to Congress states in noting that “the Afghan government will struggle to hold the Taliban at bay if the coalition withdraws support”.
Before departing, the US will make sure not to leave its allies stranded. US State Secretary of State, Antony Blinken, gave a televised address in NATO headquarters in Brussels on Wednesday, promising that the allies “went into Afghanistan together, and would leave together”. “We will work very closely together in the months ahead on a safe, deliberate and coordinated withdrawal of our forces from Afghanistan”, Blinken said.