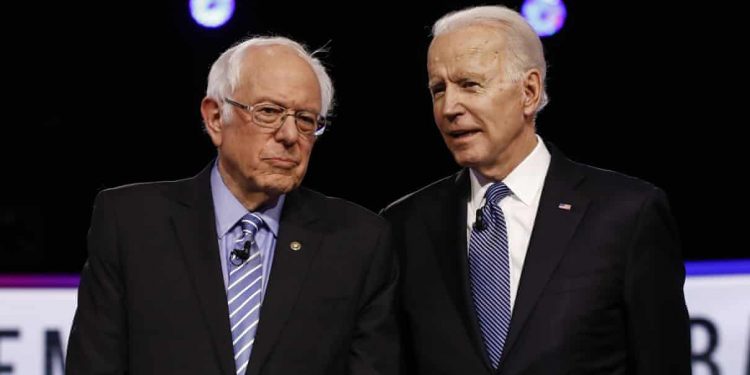 Joe Biden feared an “ideological jihad” from Bernie Sanders, after beating him for the Democratic presidential nomination in a primary fiercely contested by centrists and progressives, the former vice-president has told the New Yorker.

Barack Obama, meanwhile, in an apparent effort to close any lingering split in Democratic ranks as the presidential election looms, told the same reporter the two men’s policy goals are “not that different”.

Sanders, an independent senator from Vermont and a self-described democratic socialist, pushed Hillary Clinton strongly in the primaries of 2016. In 2020 he made a strong early showing before Biden surged back, winning South Carolina, a key test of support among African Americans, in what was seen as a firm victory for party centrists.

Biden, 77 and Obama’s vice-president from 2009 to 2017, accepted the nomination to face Donald Trump at the Democratic convention last week.

Sanders endorsed Biden and spoke at the convention but discontent lingers among progressives, not least given what they see as the relative sidelining of stars such as Alexandria Ocasio–Cortez, the congresswoman from New York, and Biden’s reluctance to fully embrace policies including Medicare for All and the Green New Deal.

Biden told the New Yorker he “had to be sure that Bernie was serious, that he wasn’t going to make this an ideological jihad”.

Discussing policy taskforces including one on the climate crisis, a panel chaired by Ocasio–Cortez, he added: “I said, ‘Bernie, if you want these set up in order for me to insist that I be for Medicare for All … this is not where it’s going to go.’

The effort seems to have worked. In June, Sanders told the New Yorker: “I have a better relationship with Joe Biden than I had with Hillary Clinton.” This month, the magazine quoted a “senior aide” to the senator who said Biden told the senator he wanted “to be the most progressive president since FDR”.

The former president also emphasized the need for pragmatism in the fight against Trump.

“A lot of times,” he said, “the issue has to do with ‘How do we go about that, and what are the coalitions we need?’ What I think the moment has done is to change some of those calculations, not because necessarily Joe’s changed but because circumstances have changed.”