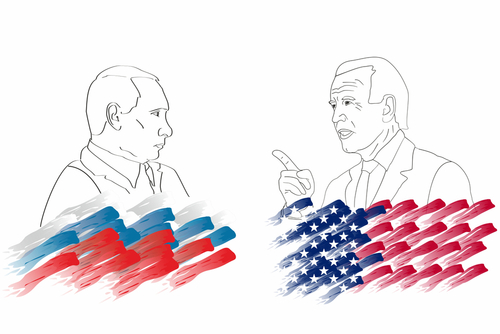 Brussels (Brussels Morning) The long-awaited meeting between US President Joe Biden and his Russian counterpart Vladimir Putin in Geneva ended with some small steps being taken to improve relations between the two sides, including an agreement to return their respective ambassadors and to resume nuclear treaty talks.

Described as “pragmatic” by Putin, the summit meeting lasted well short of what US diplomats had anticipated would be a four-to-five-hour duration. The first part of the meeting involved the two presidents and their respective heads of diplomacy, US Secretary of State Antony Blinken and Russia’s Foreign Minister Sergei Lavrov. In a later part of the meeting, the four were joined by other high-ranking diplomats.

Unlike Putin’s Helsinki meeting with former President Donald Trump, in Geneva, the two leaders were never alone during the talks. Also in marked contrast with that meeting, the two presidents held separate press conferences after they met, opting not to appear together.

Biden is believed to have gratified some of Putin’s expectations for the meeting by emphasising that the summit featured “two great powers”, allowing Putin to present Russia as equal to the US to his home audience. In another concession, Biden waited for Putin to finish his press conference before starting his own.

No hostility, no friendship

Putin described the meeting as having been constructive, saying it had been held without hostility, but also without friendship. He summed it up as a pragmatic dialogue about the two countries’ common interests. The Russian leader was ambivalent as to whether the meeting showed that relations between the two sides would improve, but did note that there was now “a glimpse of hope” regarding mutual trust.

One tangible outcome of the meeting was a joint decision to return the two countries’ respective ambassadors to the other nations’ capitals. Both Washington and Moscow withdrew their ambassadors for consultations in March and April this year, as relations between the two countries sank to a lowest point in decades.

Another positive movement was a joint expression of will to launch fresh talks on amending the START nuclear treaty, which was extended for five years literally at the last moment before it was due to expire in February.

Otherwise, a majority of the disputes between the two countries remained unresolved. Putin defended the jailing of prominent Kremlin critic Alexei Navalny despite Biden’s demands to release the anti-corruption activist. Biden, in turn, threatened “consequences” should Navalny meet an untimely end in prison.

Despite the slightly positive message sent after the meeting, relations between Washington and Moscow are likely to remain tense. No mention was made of a possible next meeting and neither leader issued an invitation to his opposite number to make an official visit to either Moscow or Washington.