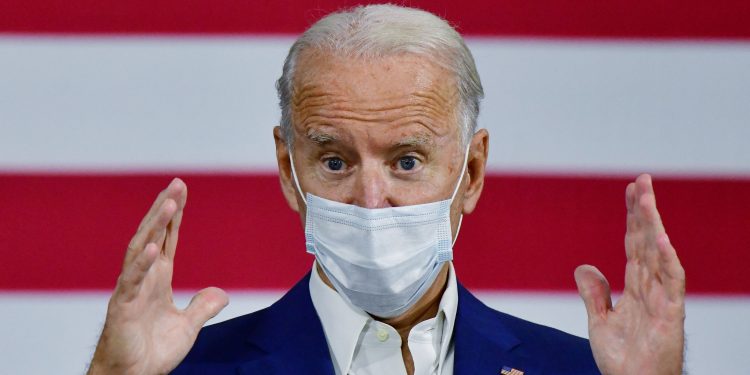 New York (Brussels Morning) President-elect Joe Biden has begun to announce some of his nominees for key positions in his administration. With regards to foreign policy, the team, as most would have expected, consists of generally very qualified, smart and conventional professionals, firmly, like the man who appointed them, in the mainstream of American foreign policy thinking.

Despite their impressive credentials, Secretary of State designate Antony Blinken, National Security Advisor desginate Jake Sullivan, Avril Haines, who will be nominated to lead the CIA and Linda Thomas-Greenfield, who if confirmed would be the US ambassador to the United Nations, are not exactly well known in the US or overseas. Foreign policy professionals know them, but populations more broadly do not.

The one new member of Biden’s foreign policy team who is broadly known to the American public is John Kerry. Kerry served in the US Senate for 18 years, was the Democratic Party nominee for president in 2004 and served as Secretary of State from 2013-2016. Kerry, who has worked on climate change issues for years and sought to build global coalitions on the issue, has now been nominated as special envoy for climate. In the Biden administration, this will be a cabinet level position.

By appointing John Kerry to this newly created position, the president-elect has sent a very clear signal about not only the centrality of climate change, but about his foreign policy more broadly.

Kerry’s appointment means that not only does Biden see climate change as the hugely important issue that it is, but that Biden understands that progress can only be made in this area through working with other countries. Biden may appoint additional special envoys to focus on other issues, but none will have the status or access Kerry will have.

Kerry’s nomination suggests that Biden will prioritize fighting climate change, but this does not necessarily mean Biden will be open to sweeping or radical solutions of the kind that will be necessary to meaningfully address the problem.

During the campaign, Biden stressed that he did not support the Green New Deal that for which many more left-leaning climate activists are advocating. Internationally, it is less clear how Biden will position the US. He has stated that he will bring the US back into the Paris Climate Agreement almost immediately after taking office, but that is the most firm commitment he has made.

Biden’s decision to create this cabinet level position and nominate Kerry reveals something else about Biden’s foreign policy vision. Like many American presidents of both parties, the incumbent notwithstanding, Biden sees American leadership as essential to solving global problems. It is unlikely Biden pulled Kerry out of semi-retirement and elevated the status of this position in order for the US to cede the lead on climate change to China the European Union or anybody else.

On the contrary, Biden will want the US to be the leader on this issue, convening all the major global actors to figure out how to address the enormous threat that climate change represents.

It is true that without a strong US commitment to combating climate change, it will be extremely difficult for the world to make real progress in this area. However, it does not necessarily follow from that truism that American leadership is required or even possible.

This will be the challenge facing Kerry. One specific way this challenge will manifest itself is that in the US, uniquely among major countries, the simple scientific reality of climate change has become a partisan issue.

Biden will be negotiating with foreign ministers, presidents, prime ministers and others all of whom will know that any deal they make with the Biden administration could be broken quickly in January of 2025 if a Republicans, possibly Donald Trump himself, his elected in November of 2024. This is a difficult negotiating position even for a very experienced diplomat and politician like John Kerry.

The Biden effort to reassert American leadership regarding climate change, and undoubtedly on other issues as well, will be welcomed by many American allies. Many European countries will be relieved to see the return of a more conventional American approach to foreign policy, but even these countries know that approach is vulnerable to changes in domestic American politics.

Not every country in the world will welcome a renewed American leadership so happily. Russia and China are two countries that have shed no political tears at the divided and increasingly dysfunctional USA that has shrunk from the world stage during these last four years.

The evolving bilateral relationships between the US and each of these countries will occupy much of the foreign policy energy of the Biden administration. American attempts to lead on global climate change will occur in the context of those developments.

Some American allies will be happy to look to the US for leadership on climate change and a myriad other issues, while competitors, most critically China, are not going to happily cede that leadership back to the US. Nor is China is going to easily relinquish the economic and political ground that it gained during the previous four years.

Therefore, Biden’s climate policy, no matter how high a priority it is, will require a very deft diplomatic touch. That is why Kerry has been nominated, but the international component of this is only part of the challenge.

The administration will have to find a way to work with China, but also to satisfy at least some of the more progressive climate change advocates on the Democratic side while winning some support from Senate Republicans who still don’t believe the science the rest of the world has accepted for years. This will be a difficult task even for two very old pros like Biden and Kerry.