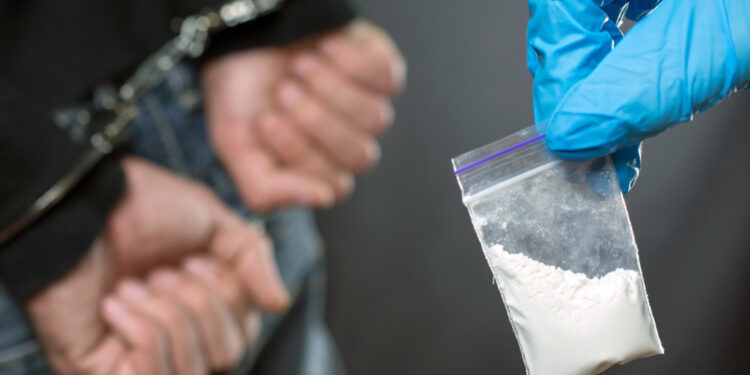 Brussels, (Brussels Morning)- Investigators from the Brussels West police zone have dismantled a drug network that sold hashish on a large scale. The gang had its own marketing team that advertised itself on social media through advertisements and promotional videos, calling itself ‘the number 1 for hashish sales in Brussels’. A total of six suspects were arrested, as reported by BRUZZ.

The criminal investigation department of Brussels West (Sint-Jans-Molenbeek, Ganshoren, Jette, Koekelberg and Sint-Agatha-Berchem) had been investigating the gang for months, which was very well organised.

“The investigation began in January 2022 when our investigators discovered several Snapchat accounts offering drugs,” said a police zone spokesperson. “These accounts were created by the organisation’s ‘marketing team’, who called themselves ‘the best hashish sellers in Brussels’.”

“The gang sold different types of drugs in personalized bags with a logo and advertised through animation films and advertisements. In addition, the drugs were delivered to home in every possible way: by motorcycle, bicycle, by car and even via Heetch. made every effort to deliver the drugs to the buyers as quickly as possible.”

“In order not to miss any sales and to be as efficient as possible on social media, they even created a QR code that redirected users to the Telegram app, where orders could be placed.”

The gang was rounded up early this month when investigators carried out seven house searches. Six suspects were arrested. The two main suspects are brothers, ages 19 and 20, who ran the advertisements and managed the orders. The four others are couriers who brought the drugs to the buyers.

During the action, the police seized just over 3 kilograms of drugs, as well as an amount of almost 8,000 euros, a KTM Duke 125 motorcycle and a scooter.