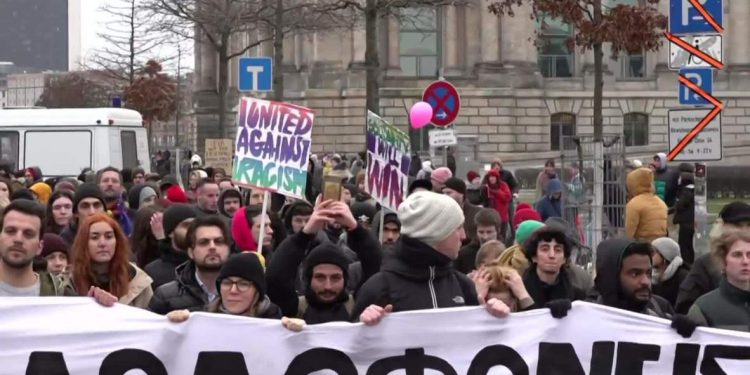 Some 5,000 protesters hit the streets of Berlin on Sunday to call on the German Government to take in more migrants from Greece before an EU-wide deal is reached, according to a DW report on Monday. Similar protests were organized in Munich, Cologne and Leipzig.

Protesters are demanding that the German Federal Government should not block unilateral decisions by states and municipalities willing to take in migrants. Last week, Germany said the country would take in 408 migrant families with children, who have been granted protected status in Greece.

More than 12,000 migrants and refugees were left without shelter after the Moria migrant camp on the Greek island of Lesbos was burned down earlier this month. Greek authorities allege the camp was torched by a small group of Afghan migrants in defiance of a lockdown imposed to curb the coronavirus pandemic. Approximately 9,000 people from the Moria camp have reportedly been resettled at a new temporary site since.

Demonstrators at a smaller protest in Paris waved placards with slogans declaring “no one is illegal” and “asylum is a human right,” France24 reports.

The protests were organized in the wake of varying responses by EU member states to the burning of the camp and the European Commission announcement that it would propose an EU-wide migration deal this week, Reuters  reports. EU member states have failed to reach common ground on an asylum policy over the last five years, more or less since Germany’s Chancellor Angela Merkel decided to allow 1.2 million migrants and refugees into Germany.

German Minister of the Interior, Building and Community Horst Seehofer told the weekly Bild am Sonntag that he expects the EC to come forward with a proposal that will help the EU adopt a common asylum policy by the end of the year. Seehofer stressed that he expects up to 100,000 migrants to arrive in Germany by the end of 2020.