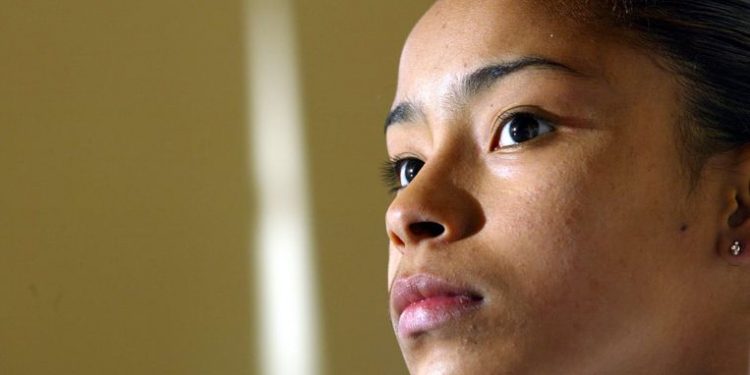 Aagje Vanwalleghem, Belgium’s former medal-winning gymnast, has responded to yesterday’s news that Gerrit Beltman, who was once her coach, has admitted to using abuse and intimidation in his career of training young girls.

Beltman, who now works in Canada, made his confession to the Dutch newspaper Noordhollandse Dagblad, confessing that his drive to win medals led him to employ mental abuse and humiliation on his charges in a misguided attempt to get a better performance out of him.

Now 61 years old, Beltman spent most of his career with the Dutch gymnastics union KNGU. He was also the personal trainer to Vanwalleghem in 1999-2000, first in the Netherlands and later in Ghent. After she sustained a serious injury he returned to the Netherlands.

The issue of abuse of young gymnasts has been news north of the border since two gymnasts revealed details in 2011, and Vanwalleghem spoke at length on the subject for the 2016 book Veerkracht (Resilience).

“I respect his apologies, but I especially hope that Gerrit’s mea culpa shakes up many other coaches,” she said. “There are a lot of coaches who are currently standing in the arena and who actually still do the same things.”

She gave the example of an obsession with weight.

“In my later years, weight was still being hammered on. On excess grams, because you couldn’t call them kilos. On a Sunday we would train for four hours. I used to go to the sauna for an hour and a half beforehand, so that I would not have too much weight recorded on the scales. I always started my training completely dehydrated, just to satisfy my trainer.”

The issue, to be clear, does not concern sexual abuse but mainly mental abuse, while physical abuse was usually by proxy.

“Injuries were often linked to being overweight, but verbal abuse is still far too much,” she said.

“Go home if you don’t feel like it, fat cow. That had a serious effect on me and other gymnasts. Some needed trauma therapy after their careers. Others received mental counselling for years.”

She herself, like the original 2011 whistle-blowers Suzanne Harmes and Gabriëlla Wammes, is now concerned for the current generation. She and Beltman share the view that the problem still persists on the circuit.

“We have all experienced it ourselves, we know what it is like and how difficult it is to find a solution. There are still ex-gymnasts who will make themselves heard and we definitely want to support gymnasts, trainers and their parents. It is simply super-important that a solution is found.”