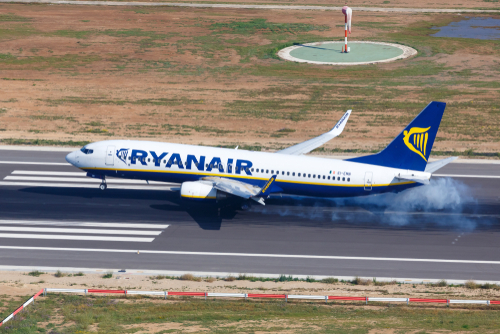 Brussels (Brussels Morning) After the Belarus authorities forcibly landed a Ryanair plane carrying dissident journalist Roman Protasevich and his girlfriend Sofia Sapega, arresting them both, she appeared in a video on Tuesday evening, seemingly confessing to have broken Belarus laws, Reuters reported.

Sapega’s recording follows a similar recording in which Protasevich admitted to playing a role in organising “mass disturbances” in the Belarus capital Minsk last year, when thousands of citizens took to the streets claiming the elections were rigged by Belarus strongman president Alexander Lukashenko.

In Sapega’s video, the 23-year old student “confessed” to being an editor at the Telegram messaging app channel that was used to publicise personal data of Belarus law enforcement personnel,  a crime in Belarus.

Sapega, a Russian citizen, is a student at the University of Vilnius, and was returning there from holidaying in Greece with Protasevich, in order to defend her master’s thesis. According to the Russian embassy in Minsk, she has not complained of inappropriate treatment. The Russian Foreign Ministry has stated that she could face criminal charges under several articles of the Belarusian criminal code.

Belarus’ opposition in exile claims that Sapega’s “confession” was made under duress, which it asserted was also the case with the Protasevich video, in which the young journalist appeared shaken and had visible bruising on his head.

The new sanctions are in addition to existing sanctions against 80 individuals and entities in Belarus, which followed the crackdown on public protests against the disputed election results, the validity of which the EU does not recognise.