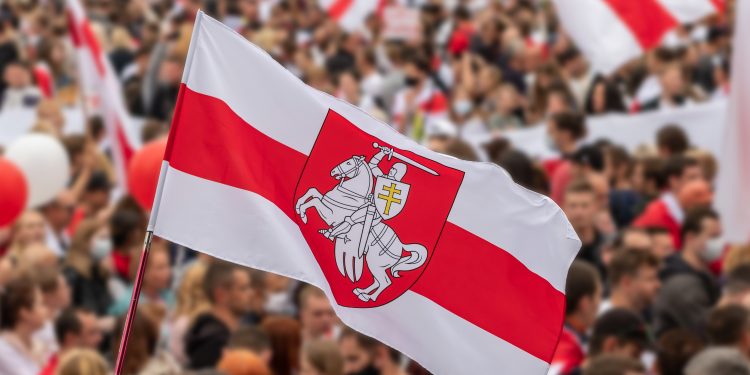 Brussels (Brussels Morning) Supporters of Belarusian opposition politician in exile Sviatlana Tsikhanouskaya have announced a lobbying campaign in a number of  EU member states calling for a probe into claims of torture by Belarusian authorities, Reuters reported Friday.

Weekly protests against Belarusian President Alexander Lukashenko started after he claimed victory in the 9 August presidential election, which the opposition says was rigged and the EU refuses to recognise. Western countries have accused Belarusian authorities of excessive use of force in the crackdown on protests and the EU has imposed sanctions against some 50 Belarusian officials.

Tsikhanouskaya’s supporters are now calling on EU prosecutors to seek international arrest warrants for the officials they have named in their petitions. Her adviser Alexander Dobrovolski pointed out that a petition sent to Lithuanian prosecutors calls for investigations against certain Belarusian officials, among them the Deputy Minister of Interior Nikolai Karpenkov.

Dobrovolski added that similar documents are being sent to prosecutors in Belgium, Germany, Poland and the Netherlands, on behalf of alleged victims of Belarusian police who now reside in those countries. Belarusian authorities deny the torture accusations and claim that protesters enjoy the support of hostile foreign powers.

Maksim Kharoshyn, currently in Lithuania, accused the Belarusian police of beating him while he was in detention. The situation in Belarus, he observed, was terrible and not to be compared with anywhere in Europe. The Belarusian people were in need of outside help, he declared, thousands having testified to having been beaten while held in detention.

EU foreign ministers have agreed to impose more sanctions against Belarusian officials and companies, the High Representative of the EU, Josep Borrell, noted earlier this month. The new sanctions are to target senior officials and entities that finance Lukashenko’s government, Borrell said, pointing out that by sanctioning companies the measures would affect economic activity in Belarus.

EU governments would propose which companies to target, he said, adding that the EU is reviewing its financial support to Belarus to ensure that none of it is channelled through the Lukashenko government.

Lukashenko announced on Friday he would not remain in office if the country adopted a new constitution, DW has reported. He made the announcement after meeting with Russia’s Minister of Foreign Affairs Sergey Lavrov, who urged Lukashenko to consider a new constitution.