Belarus: Declaration by the High Representative on behalf of the European Union on the presidential elections 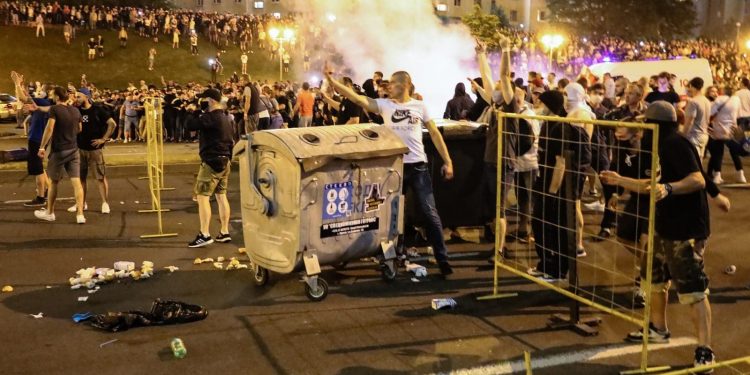 On 9 August, Presidential elections took place in the Republic of Belarus.

The EU has been following the developments leading to the presidential elections closely. During the electoral campaign, the people of Belarus have demonstrated the desire for democratic change.

However, the elections were neither free nor fair.

State authorities deployed disproportionate and unacceptable violence causing at least one death and many injuries. Thousands of people were detained and the crackdown on freedoms of assembly, media and expression intensified. We call on the Belarusian authorities to release immediately and unconditionally all detained. Furthermore, credible reports of domestic observers show that the electoral process did not meet the international standards expected of an OSCE participating State.

The people of Belarus deserve better.

Since the 2015 release of political prisoners, the relationship between the EU and Belarus had improved. But without progress on human rights and the rule of law, the EU-Belarus relationship can only get worse.

It is against this background that we will be assessing the Belarusian authorities’ actions to address the current situation and conducting an in-depth review of the EU’s relations with Belarus. This may include, inter alia, taking measures against those responsible for the observed violence, unjustified arrests, and falsification of election results.

We call on Belarusian political leadership to initiate a genuine and inclusive dialogue with broader society to avoid further violence. The EU will continue to support a democratic, independent, sovereign, prosperous and stable Belarus.