Behind the Sino-American Consensus to fast-track ecological transition 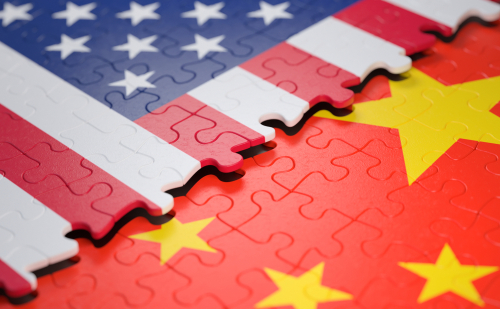 Arvea Marieni breaks down the dynamics of cooperation between the US and China on climate change.

Hamburg (Brussels Morning) “The United States and China are committed to cooperating with each other and with other countries to tackle the climate crisis”, read a joint statement issued on Saturday, 17 April.

The statement concluded the two-day Shanghai summit between US Special Presidential Envoy for Climate John Kerry and China’s Special Envoy for Climate Change Xie Zhenhua. The statement points towards direct action across all key policy and technology areas to fast-track energy transition and global environmental governance. The two countries will cooperate to reduce emissions from aviation and shipping – both sectors are not included in the Paris Agreement – and non-CO2 gas emissions such as methane. These are clear signals to the fossil fuels industry.

One concept included in the statement is the notion of “circular economy” which presents opportunity for billions in much needed investment during the current economic downturn. That is supposed to replace the currently prevailing linear economy system of “Take, Make, and Waste” seeking to maximise growth with little consideration for environmental sustainability.

In that respect Washington is joining the regulatory consensus forged between Brussels and Beijing for over a decade with the US lagging behind at the federal level.

The process of convergence between Brussels and Beijing started during the 2008 financial crisis due to overlapping geopolitical interests, as both economic blocks are major energy importers. Referencing the circular economy suggests Washington’s growing awareness that the crises of nature and climate change can only be solved together.

Biden’s new policy direction could challenge the EU’s driving seat in industrial and energy regulation, as the US economy is generally more efficient in driving innovation from concept to market.

But to what extend is that a real challenge for Brussels?

Diplomatically, the EU does risk missing the chance to lead environmental transition. The 15th session of the United Nation’s Framework Convention on Climate Change (COP15) in Copenhagen is now referred to as “Brokenhagen,” as it resulted in a diplomatic fiasco and Europe is largely considered responsible for its failure.

In terms of industrial policy, while the EU does lead the market in some sectors, competition in key industries such as energy or mobility is fierce. Scale and speed will be of the essence.

The relationship between the EU and China could make or break any competitive edge the EU may have.

The 2019 ‘Global Resources Outlook’ report published by the United Nations Environment Programme suggests that 50% of total greenhouse gas emissions and more than 90% of biodiversity loss and water stress can be attributed to resource extraction and processing. The global economy uses the equivalent of 1.5 planets’ worth of resources: we would need three plants to maintain the current level of consumption for EU citizens.

Part of the answer to this complex challenge is a transition towards a circular economy, reducing overall use of natural resources and waste.

The energy crisis is intertwined with an ecological crises and both must be tackled together.

Both the EU and China have identified the circular economy as one of the possible paths forward. Until today, this wasn’t true for the US, which makes the joint statement issued last Saturday very significant.

China’s climate envoy, former environment minister Xie Zhenhua, was one of the first Chinese leaders to promote circularity as an alternative development model for China during the 1990’s.  Interestingly, the evolution of the very idea of a CE in Europe was influenced by Chinese models. Until 2015, Europe’s circular economy concept focused primarily on resource efficiency, that is, product life and waste management.

The Chinese approach, instead, was broader and holistic, encompassing all aspects of industrial policy and environmental governance. China’s rapid acknowledgement of the conflict between economic development and environmental degradation led to the concepts of “harmonious development” and “ecological civilisation,” which are now ingrained in Chinese Communist Party political discourse. The concept entails zero-carbon energy, green design, supply-chains and biodiversity.

The circular economy underscores China’s plan for innovation and industrial competitiveness, including the “Made in China 2025” plan, cited as the blueprint for the transition towards a knowledge-based economy. The MoU on Circular Economy Cooperation signed at the 20th EU-China Summit (July 2018) also suggests that the concept is treated as a regulatory foundation for China’s global economic cooperation.

The US-China joint statement recognises the need for a certain degree of consensus.

Effective climate action for the decarbonisation of the world’s economy requires technology transfer, exchanges of competence and know-how that is unavoidable. The regulatory consensus also requires a financial system informed by environmental considerations.

To achieve the Paris objectives, the world needs to “maximize international investment and finance in support of the transition” in developing countries, as John Kerry and Xie Zhenhua remind us.

China’s integrative approach to circular economy has been an essential part of the national economic strategy under the last Five Years Plan. However, another evidence of the importance of keeping the doors open to international cooperation originates from Europe. An early visit to the Danish eco-industrial district of Kalundborg that took place in the 80’s is often cited by Chinese policy makers as a seminal moment.

In 2004, the World Bank, Italy and China established the Italian Trust Fund for Environmental Protection in China. This framework, promoted by the then General Director of the Italian Ministry for Environment and then Minister Xie, paving the way for China’s 2008 Circular Economy Promotion Law.

The ball is in Europe’s Court

The EU Commission is accelerating the regulatory pace for the assimilation of a circular economy model.

Besides the ecological urgency, there are economic calculations. The circular economy has the potential to increase the EU’s GDP by 0.5 % a year, creating 700,000 new and better jobs by 2030. The process in ongoing — between 2012 and 2018 the number of jobs linked to the circular economy in the EU grew by 5% to reach around 4 million. With a cluster of supportive policies in place, projections suggest that only a sub-segment of the circular economy, namely remanufacturing, could create added value to the tune of 70-100 billion dollars and create between 450,000 and 600,000 jobs.

The transition to a circular economy is driven by innovation and ingenuity to which, Italy is a point in case.

Ermete Realacci, an Italian politician, environmentalist and President of the Symbola Foundation, told Brussels Morning that Italy is one of the EU leaders of the circular economy, boasting a number of “pocket multinationals” that leverage innovation and tradition to turn green practices into profitable business.

According to data published by Symbola, 79.3% of waste is “recycled” in Italy, nearly double the EU average (39.2%). Recovery of secondary raw materials results in annual savings of 23 million tons of oil equivalent and 63 million tons of CO2. “Talking of waste prevention”, he continues, “we produce 43.2 tonnes per million euro (of goods). This is still high, but less than the EU average of 78.8 tonnes”.

For all the three blocks, the overarching goal is to decouple economic growth from resource consumption. This means preserving the value of products, materials and other goods for the benefit of the economy, the environment, and consumers. As the Biden administration realigns the US to the Sino-European consensus, there are prospects for global change.

From now on, the Sino-European circular economy regulatory framework, can drive the transformation of consumption and international trade. The Comprehensive Agreement on Investment (CAI) is an important piece of that puzzle. That puzzle necessitates some cooperation with China, a thought that’s worth keeping in mind in the current geopolitical context.