Beguinage: the church factory wants the end of the occupation by January 15 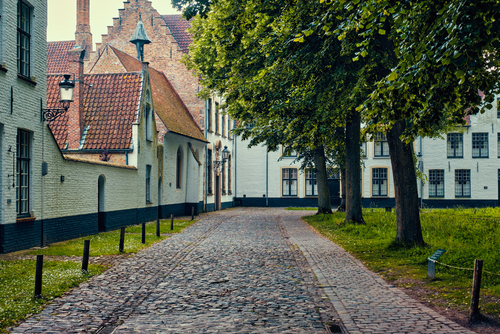 Brussels (Brussels Morning) About twenty people still occupy the Beguinage church. Negotiations were initiated on December 15 between the church factory, the pastoral (“La Maison de la Compassion”), the representatives of the occupiers, and the support associations, to organise their departure, but were unsuccessful.

The occupation of the Beguinage church by undocumented migrants began on January 30, 2021, almost a year ago. Today, the security conditions are no longer guaranteed to welcome these people with dignity, indicates Daniel Alliët, the parish priest and member of La Maison de la Compassion, as reported by BX1 News. The building is deteriorating, he says, especially in terms of heating and electricity systems, the situation is becoming dangerous, he assures, the church is not suitable for this type of reception, all the more so in winter.

The church factory, therefore, asks the last occupants, most of them undocumented in appeal following a negative decision, to leave by January 15 at the latest. Discussions were underway to try to find accommodation solutions. However, some do not want to leave, explains Daniel Alliët, which ended the negotiations. The church factory, therefore, decided to take action before the justice of the peace.

Since the announcement of the decision to end the occupation, “calls are circulating on social networks to resume the occupation”, observes Karen Naessens, coordinator of La Maison de la Compassion. “After long actions, people are exhausted and those who had the energy to calm things down are no longer there. We realize that these periods are particularly more dangerous and that safety is no longer guaranteed. We do not have the resources of organisations like the Red Cross and we cannot have people there all the time to ensure that there is no conflict. This is why the church factory decided to go to justice of the peace. This does not mean that people will be deported directly, but that a justice of the peace will assess the situation.”

The occupation of the Beguinage church, which began almost a year ago, was aimed at putting pressure on the government in order to find a solution to the situation of undocumented migrants. The occupiers had notably led a hunger and thirst strike, suspended on July 21 following an agreement with the cabinet of Sammy Mahdi (CDV), the Secretary of State for Asylum and Migration. “The actions are over, the occupation is no longer justified”, Explains Daniel Alliët today, who nevertheless insists on the fact that he remains in solidarity with the undocumented in their fight, “The end of the occupation cannot in any mean the end of our solidarity with undocumented migrants”, he adds.