Beached whale increase may be due to military sonar exercises, say experts 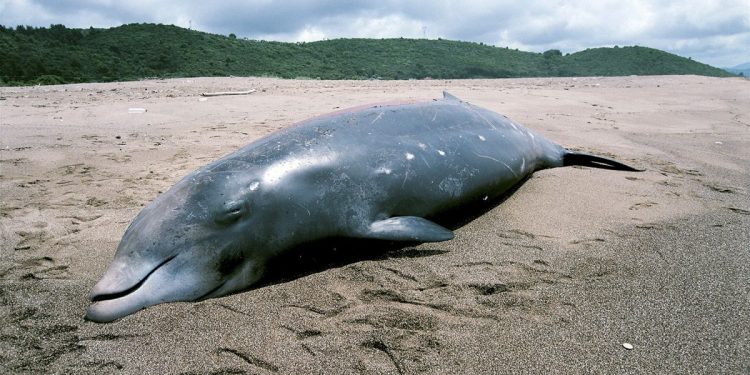 An unusual series of strandings and sightings of 29 rare beaked whales has taken place around the shores of northern Europe. Experts have suggested the strandings may be linked to a military sonar exercise.

The events, whose rarity indicates that they might be linked by a single cause, began two weeks ago with the sighting of two northern bottlenose whales in the North Sea. They are the same species of beaked whale as the Thames whale of 2006.

This was followed by seven bottlenoses that stranded, alive, on the west coast of Ireland, the largest stranding of the species recorded in Ireland. Six of the animals died, and one returned to the open sea.

A further 11 animals stranded on the Faroe Islands in the past week – reports indicate that five of the whales were killed for their meat.

Over the past 10 days, three Sowerby’s beaked whales have also stranded and died: in the Netherlands, Wenduine in Belgium, and in Lowestoft, where an individual male, believed to be one of a pair seen off the Norfolk coast, was found dead. On Sunday a female Sowerby’s stranded close to Portsmouth in Hampshire, and died soon after.

Rob Deaville and Matt Perkins, from the Cetacean Strandings Investigation Programme of the Zoological Society of London, who are responsible for examining strandings, told the Guardian that the preliminary examination of the Lowestoft animal did not reveal any obvious signs of narcosis, but they would be conducting further investigations on this and the whale found near Portsmouth to determine their cause of death.

These deep-diving marine mammals can only feed at oceanic depths. Their appearance in shallow coastal waters is rare and often fatal – as in the case of the Thames whale, which died from dehydration after being unable to feed. A diet of squid and fish is the source of fresh water for cetaceans.

There are many theories as to why such strandings occur. Storms appear to be a factor, and recent bad weather may have played a part in these events. It seems clear that something causes the whales to enter shallow water. It may be that their navigational sense – still not fully understood – becomes disrupted.

A mass stranding of 30 sperm whales on North Sea coasts in 2016 has been linked to unusual solar storms that year which may have interfered with the animals’ sense of direction.

But a series of scientific papers have indicated that the use of military sonar and seismic surveys for oil may be to blame. In February this year, an Australian paper found a “strong association” between military exercises using “anti-submarine” mid-frequency active sonar and the deaths of beaked whales. It is thought the sonar may scare the animals into surfacing too quickly, causing narcosis – a condition also suffered by human divers when they rise too fast.

Earlier this summer a major Nato anti-submarine exercise named Dynamic Mongoose was carried out off Iceland. Although it ended on 10 July, conservationists are concerned that its after-effects may now be being detected in the strandings of the past two weeks.

The Dutch whale researcher Jeroen Hoekendijk, who has been monitoring the strandings in the Netherlands, wrote in a blogpost: “It is very likely that the strandings that are reported right now are a direct consequence of the usage of [military] sonar. If so, the beaked whales that we are seeing washed up on our shores could be just the tip of the iceberg.”

Beaked whales are perhaps the most mysterious marine mammals. Some species have only been seen alive on a handful of occasions. They are the deepest-diving of all cetaceans – Cuvier’s beaked whales can reach depths of up to 3,000 metres and stay down for two hours hunting their favoured food source, squid.

They consume these by sucking the cephalopods; only male beaked whales have teeth: a single pair set at the front of their jaws, which are used in mating challenges, as witnessed by the extensive scarring seen on some beaked whales. These teeth or tusks can arch over the whale’s mouth, sometimes to the extent that they become a muzzle, preventing the animals from completely opening their jaws.

Most species of beaked whales are recorded as “data deficient” and their conservation status as “vulnerable”.