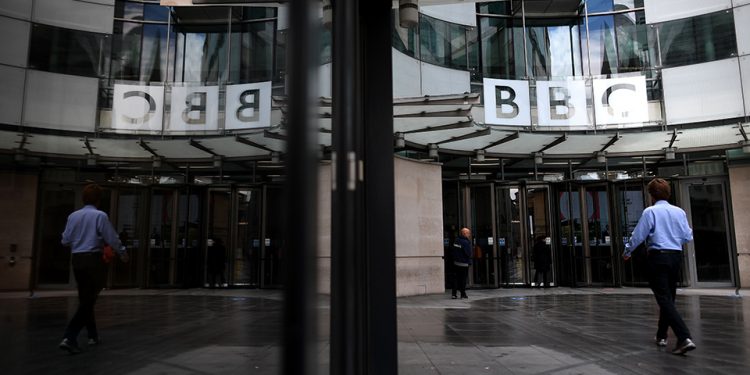 Some of the rules included a ban on “virtue signalling”, criticising colleagues, and using emojis it said could “undercut an otherwise impartial post”. ‘Liking’ and retweeting posts were also considered enough to demonstrate an opinion on an issue.

All staff with journalism responsibilities will reportedly be held to higher impartiality standards than other BBC staff.

Tim Davie, the state media channel’s new director-general, told staff in an email that “Trust is the foundation of the BBC’s relationship with the public. How employees of the BBC conduct themselves is vital to maintaining trust”.

The BBC defined virtue signalling as “retweets, likes or joining online campaigns to indicate a personal view, no matter how apparently worthy the cause”.

Wearing a red poppy on camera for Remembrance Day, however, would be permitted.

The guidelines extended to the type of accounts followed.

“Following social media accounts which reflect only one point of view on matters of public policy, politics or ‘controversial subjects”, it said may reveal bias.

Breach of the guidance would result in disciplinary action and termination “in serious circumstances”, according to the broadcaster.

The BBC has come under attack from both sides of the political aisle for bias, with some considering employment with the broadcaster a revolving door to working at No.10, while others call it out for left-leaning bias.

The rules were drafted by Richard Sambrook, the BBC’s former director and a Cardiff University professor.

BBC Newsdesk and Planning editor Neil Henderson tweeted a response to the guidelines:

“Virtue signalling. Well I’m proud to be sacked for any opposition I may express to racism and hate”.

BBC news and current affairs staff have also been restricted from participating in protests that fall outside of the guidelines, and there are stricter rules for taking on external engagements after several embarrassing revelations of high-profile presenters doing jobs, including for a tobacco company, luxury motor brand and investment firm.