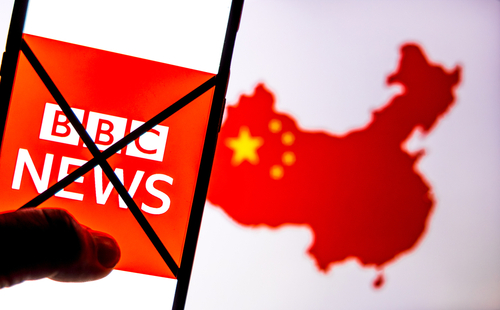 Brussels (Brussels Morning) BBC correspondent John Sudworth has left China and will now report on the country from Taiwan, amid concerns for his safety and the safety of his family, the British broadcaster revealed on Wednesday, dpa reports.

Sudworth told Radio 4 in an interview that it was “too risky to carry on”, adding that threats from Chinese authorities had “intensified” in recent months. “The BBC has faced a full-on propaganda attack not just aimed at the organisation itself but at me personally across multiple Communist Party-controlled platforms”, Sudworth said.

“We face threats of legal action, as well as massive surveillance now, obstruction and intimidation, whenever and wherever we try to film”, Sudworth added, claiming that he had even been “followed by plainclothes police” during his departure from the country.

Hong Kong Free Press reports Sudworth was repeatedly attacked by Chinese state media and officials in recent weeks, for his reporting on the controversial treatment of China’s Uyghur minority in Xinjiang, particularly in the province’s cotton industry.

Xinjiang authorities announced mid-March that Sudworth was the target of a civil lawsuit for producing “fake news” about the region. “Everyone knows that the BBC broadcasts a large number of fake news with strong ideological bias”, Hua Chunying, spokeswoman for the Chinese Foreign Affairs Ministry, said, although she denied the government had taken steps to sue him.

According to the Foreign Correspondents’ Club of China, an unofficial advocacy organisation for foreign press in China, Sudworth is the latest in an ever-increasing line of journalists “driven out of China by unacceptable harassment”.

The Club noted that attacks on Sudworth and the BBC had intensified after the UK broadcasting regulator revoked the British broadcast license for the Chinese state TV channel CGTN in February. Beijing responded to the move by revoking the BBC’s license in China.