Banks in EU brace for wave of nonperforming loans 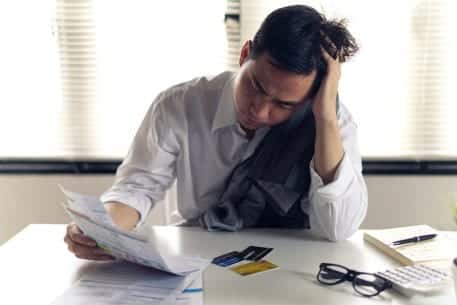 Brussels (Brussels Morning) Banks in the EU are bracing for a potential wave of nonperforming loans expected in the wake of sweeping restrictions imposed with the aim of curbing the second wave of coronavirus infections, DW reported Wednesday.

Banks have been urged to comb through their balance sheets for nonperforming loans as concerns rise that write-offs in the eurozone could exceed those incurred during the financial recession.

Andrea Enria, chair of the supervisory board of the EU Central Bank (ECB), told the German daily Handelsblatt on Monday that prolonged restrictions during the second wave could result in bad loans spiking to Euros 1.4 trillion. It is too early to rule out such an extreme scenario, he added.

Banks should take a hard look at their loans and determine which customers will be able to survive the crisis, he said, noting that some financial institutions have not assessed the risk they could face in the event of a wave of bad loans.

EU governments introduced new measures in March and April to subsidize wages, delay debt repayments and guarantee loans to companies to help them weather the crisis. Meanwhile, the ECB lowered capital requirements to increase solvency of the banking system and ensure sustained lending to the economy.

Andrea Enria’s statements suggest that the ECB may be contemplating a policy shift and, that rather than aiding lenders to avert a wave of corporate bankruptcies it may be opting to prioritise viable businesses and focus on the profitability of banks. He called for the removal of restrictions on cross-border bank mergers, stating that this should help create EU banking giants capable of competing with existing giants in the US.

Kiel Institute for the World Economy (IfW) researcher Josefin Meyer warned that prolonged restrictions will trigger severe drops in GDP in the eurozone. She pointed out that the EU’s corporate sector relies on bank loans for about 66% of its credit needs, in contrast with about 33% in the US, a clear indicator that companies in the EU are heavily dependent on the banking sector for their solvency.

Last week, the Standard & Poor’s (S&P) credit rating agency predicted that corporate default rates in the EU would increase from about 3.8% to some 8.5% over the next nine months. S&P warned that, in the worst-case scenario, with economies strait-jacketed with more lockdowns and the delays in the rollout of a coronavirus vaccine, default rates could go as high as 11%. S&P concluded that consolidation of the banking sector was now inevitable, given the negative outlooks on banks in the EU.