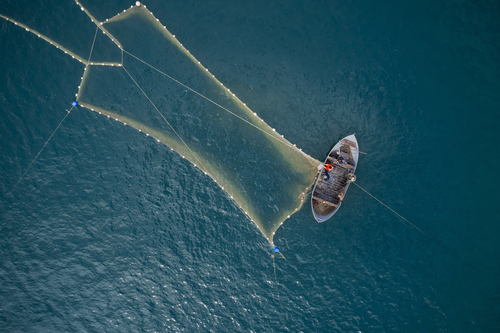 Compared to the previous year, only the central Baltic herring, in the Gulf or Riga, will benefit from an increase of catches by 21%.

The EU acknowledges the poor environmental status of the Baltic Sea is heavily affecting local fishermen and women who rely on healthy fish stocks for their livelihoods.

“The Commission is doing its utmost to restore those stocks, and our proposal is a reflection of that ambition,” said Commissioner for Environment, Oceans and Fisheries Virginijus Sinkevičius.

In line with the EU’s blue economy proposal, the EU executive is set to decrease fishing opportunities for the remaining stocks covered by the proposal.

The Commission hopes to improve the sustainability of those stocks and to help other stocks such as cod and herring in recovering.

In particular, western herring remains banned from fisheries, following a scientific study in 2018 which found that the stock had been below “safe biological limits” since 2006.

“The poor condition of the Baltic Sea is a reflection of the global state of our seas and oceans. Overfishing, in addition to pollution, habitat loss and climate change, is narrowing the opportunity to change the dire state of Baltic fish stocks”, said Ottilia Thoreson, Director, WWF Baltic Ecoregion Programme.

An impact assessment for eastern Baltic cod came under severe pressure in 2019 and the International Council on the Exploration of the Seas (ICES) estimates that eastern Baltic cod will most probably remain in a “depleted condition” in the years to come.

Despite the scientific assessment, the Commission proposes to maintain the TAC level for eastern Baltic cod — 595 tonnes — and all the accompanying measures from the 2021 fishing opportunities.

In the Commission’s proposal, EU countries will determine how much fish can be caught in the sea basin, concerning the most important commercial species.

The Council will review the proposal during a ministerial meeting on 11-12 October.