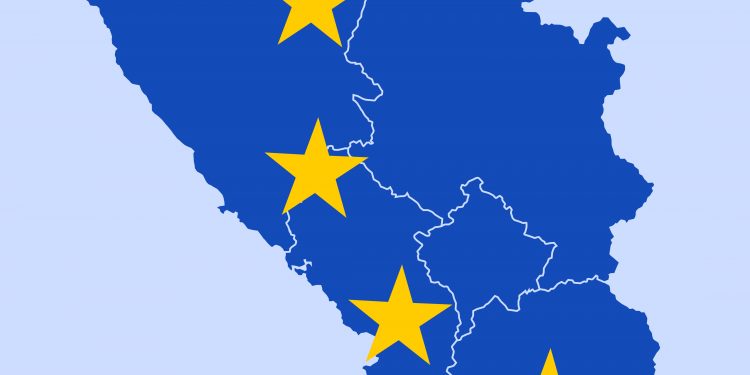 Brussels (Brussels Morning) According to an internal EU document, the bloc’s enlargement strategy is losing support among Balkan countries, a situation that must be addressed, Reuters reported.

The document notes that the EU’s botched coronavirus vaccination campaign has deepened this scepticism. Moreover, it points out that while China and Russia neither invest in nor trade with Balkan countries to the same extent as the EU, both are gaining influence in the region with their speedy offers of vaccines to help counter the coronavirus pandemic.

The EU and the US expect Albania and former Yugoslav countries Bosnia and Herzegovina, Kosovo, Montenegro, North Macedonia and Serbia to eventually join the bloc.

“We need to acknowledge that despite the steadfast commitment to EU integration… people in the region are experiencing a sense of deep disappointment in the enlargement process”, the 5 May internal EU document now circulating among foreign ministers states.

Croatia set up an EU summit in May last year to discuss the bloc’s enlargement plans in the Balkans, frustrated by years of the plan being neglected by Brussels.

The EU’s Balkan enlargement plans have been progressing slowly. Bulgaria blocked the start of North Macedonia’s accession negotiations slated for the end of last year because of cultural and language disputes.

In 2019, France blocked accession talks with Albania and North Macedonia, critical of their efforts in tackling corruption issues.

Confusion at the top

The European Commission has been insisting that North Macedonia and Albania proceed on their path to membership together. However, this month, Olivér Várhelyi, European Commissioner for Neighbourhood and Enlargement, suggested Albania should move forward alone.

The suggestion was later withdrawn, but the confusion it occasioned fuelled further scepticism, according to EU diplomats.

Negotiations with Montenegro and Serbia have slowed down, while BiH and Kosovo are still not recognised as EU candidates.”The widespread perception in the Western Balkans is that the prospect of accession is receding and that European inspirations are lost under a complex set of conditions and procedures”, according to the report.