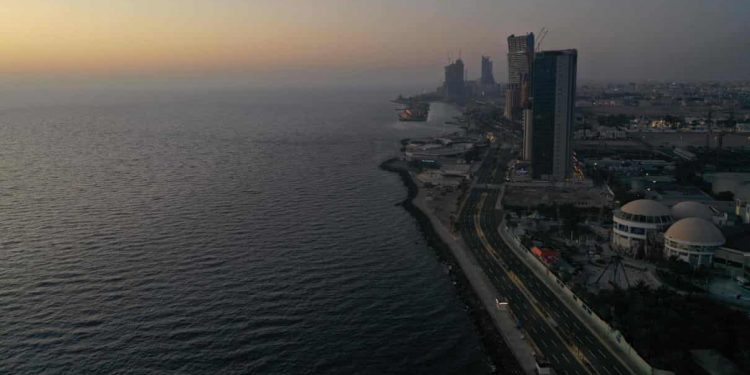 A group of more than 80 science fiction and fantasy authors are protesting at the possibility of one of the genres’ biggest conventions being held in Saudi Arabia in 2022, saying that “the Saudi regime is antithetical to everything SFF stands for”.

Pointing to the fact that homosexuality is illegal and punishable by death in Saudi Arabia, its escalating restrictions on freedom of speech, and the 2018 murder of Saudi journalist Jamal Khashoggi, the writers argue that it is unacceptable to stage an international event against this backdrop.

“On a personal level, we note that many of us would ourselves not be able to write or to live freely under Saudi law. We refuse to attend an event if those staffing it cannot have the same basic freedoms,” they write, in the letter addressed to the board of the World Science Fiction Society (WSFS) and the 2020 Worldcon chair, Norman Cates. “We express deep concern that many members of the SFF community would be excluded.”

WorldCon, where the winners of the prestigious Hugo awards are announced, has been running every year since 1946, with members of the WSFS voting for each year’s location, and for the Hugo winners. This year’s event will take place, virtually, in New Zealand on Saturday, with next year’s lined up for Washington DC. As well as Jeddah, a bid for 2022 has been submitted by Chicago.

While the writers acknowledge that holding the convention in Jeddah would “open up a new world to fans who may otherwise never have an opportunity to travel there, and show solidarity with creative communities within Saudi Arabia and other Arab states”,they state that “the Saudi regime is antithetical to everything SFF stands for”.

“We stand in solidarity with those who seek change in the country. And we write in protest but also in hope – that by raising awareness of the political situation in Saudi Arabia a WorldCon SA will one day be possible,” say the writers.

Smith Spark said the initial response from the WSFS had been dismissive of the authors’ concerns, but that the response from readers, writers and publishers had been “astonishingly positive”.

An email from the WSFS to Smith Spark said there were “very minimal technical requirements for any group to bid for a Worldcon”, with the selection made by a vote from the entire membership. “[They] vote on the choice, just as they vote on the Hugo awards. Indeed, the process is very similar in both cases, in that Worldcons are not supposed to make subjective value judgments about nominees for the Hugo awards,” the WSFS told Smith Spark. “This decision is reserved to the entire membership, exercising their right to vote.”

Smith Spark said that she was shocked that it had taken an individual to raise the issue. “Our community has expressed deep solidarity with the people of Saudi Arabia and Yemen, and disgust that the UK and US governments have such long and deep links with the regime. It’s the Saudi regime that is the antithesis of everything SFF should stand for, absolutely not Islam or Arabic culture to which both science and literature are hugely indebted,” she said on Tuesday. “Many in the community have also expressed outrage that a convention could be considered that would by default exclude many of the most exciting voices in the genre.”