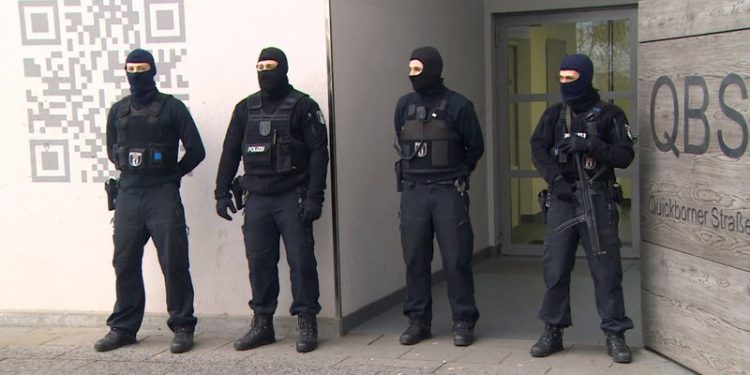 Brussels (Brussels Morning) Austrian police conducted more than 60 raids today, Monday, in the continuing crackdown on radical Islamism, France24 reports. According to prosecutors, about 30 people suspected of having ties with radical Islamists are to be questioned.

The raids were conducted one week after a convicted supporter of the Islamic State of Iraq and the Levant (ISIL) killed four and wounded dozens in a shooting rampage in Vienna. However, prosecutors stress that the raids are not connected with the attack. Austrian Minister of Interior Karl Nehammer pointed out that the raids were aimed at uprooting political Islam in Austria.

The Styria state prosecutor’s office noted it was conducting investigations against some 70 individuals and associations suspected of belonging to and supporting the terrorist organisations Muslim Brotherhood and Hamas.

The operation was the outcome of more than a year of investigation, the prosecutor’s office made clear, and not connected with the attack in Vienna earlierthis month. The office pointed out that suspected offences include forming a terrorist association, money laundering and financing of terrorism.

The raids were carried out in the Austrian states of Carinthia, Lower Austria, Styria and Vienna region, with Interior Minister Nehammer stressing that the authorities are using all means at their disposal in the fight against what he described as criminal, extremist and inhuman organisations.

A statement by the prosecutors stressed that the operation was not targeted against Muslims or Islam as a religious community, that, if anything, the measures were intended to protect Muslims, whose religion is being abused by an ideology hostile to the Constitution.

Last week, Austrian authorities acknowledged security mistakes in the run-up to the attack in Vienna, noting that the security apparatus failed to act on warnings about the attacker and his contacts from Germany and Slovakia. The head of Vienna’s anti-terror agency was suspended in the wake of the security lapses becoming known. Last week, the Austrian government also ordered the closing of two mosques in Vienna that the attacker had frequented.

EU Council President Charles Michel and French Minister of State for European Affairs Clément Beaune are to visit Vienna later today to discuss with Austrian Chancellor Sebastian Kurz the need for cross-border cooperation in the fight against terrorism. Kurz is also scheduled to take part in a video conference with France’s President Emmanuel Macron to discuss their mutual concern about the recent jihadist attacks the two countries have experienced.