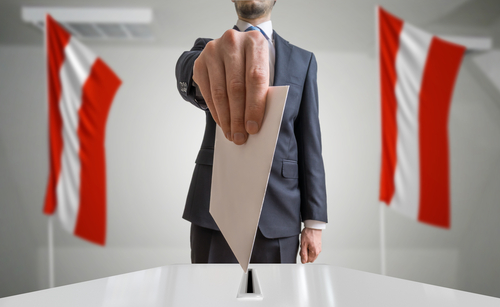 Brussels (Brussels Morning) Austrian centre-right People’s Party (ÖVP) picked its new leader on Friday, current Interior Minister Karl Nehammer, who will also take over as the leader of the coalition government with the Greens.

The ÖVP was thrown into turmoil as its leader, former Chancellor Sebastian Kurz, resigned on Thursday, announcing his intention to withdraw from politics. His successor as Chancellor, Alexander Schallenberg, announced soon after he would be resigning as the leader of the government, believing that the party and the government should both be led by the same person.

Schallenberg, a relative newcomer to politics, said he will not run for the party top spot, and would step down as Chancellor as soon as the party picks a new leader. Kurz resigned as Chancellor in early October, following mounting allegations of corruption and an official probe opened against him and his associates, but has remained the leader of his party, prompting the opposition to dismiss Schallenberg as Kurz’s “puppet”.

The party picked 49-year old Nehammer, current Interior Minister known for his hardline immigration stance, to succeed Kurz as ÖVP head and to become the next Chancellor with the Greens’ support.

Speaking at a news conference following the party election on Friday, Nehammer stressed he plans to continue the central law-and-order themes pushed forth by Kurz’s past two cabinets. “It is important to me as the new leader of the People’s Party that we hold our lines, that we say clearly what is necessary when it comes to the issue of migration and asylum, when it comes to the issue of security for people in our country,” Nehammer said.

The exact timetable for his swearing in is not yet known, but Nehammer already announced he would pick Schallenberg to return to his old post as Foreign Minister, while party official Magnus Brunner would become the next Finance Minister.

Current Finance Minister Gernot Blümel, also facing charges of corruption in a separate case from Kurz’s, also announced on Thursday he would be stepping down, after Kurz and Schallenberg announced their resignations.